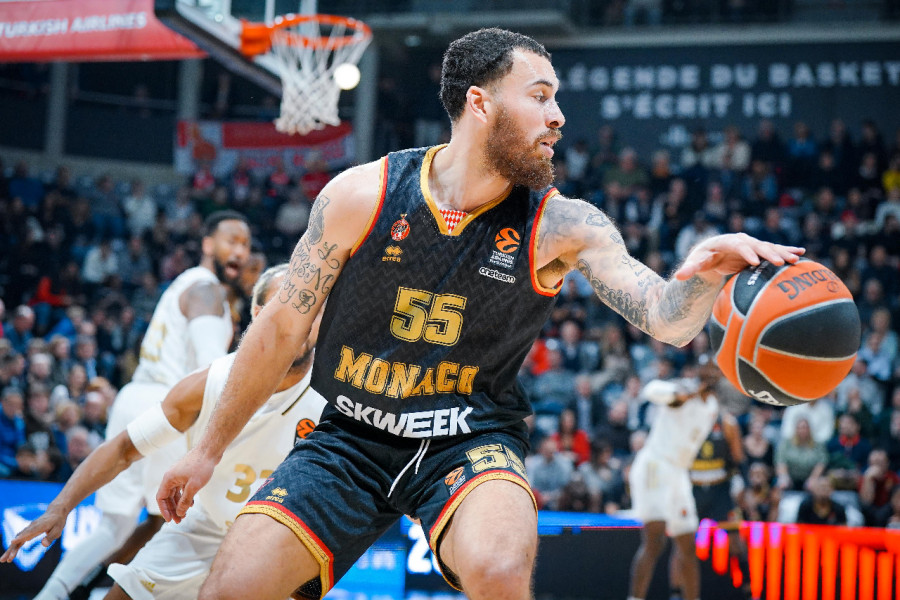 AS Monaco Basketball’s late surge against Lyon-Villeurbanne on Thursday earned them a crucial Euroleague victory (75-84) and exacted revenge on the team that agonisingly defeated them in the Betclic Elite final last year.

Just like last season’s Betclic final, there was very little separating the two sides on the night. Neither side managed to make the break in the opening three-quarters, which all incredibly ended with the two sides tied (20-20, 45-45, 60-60). However, Sasa Obradovic’s men took the ascendency in the final quarter, with John Brown pivotal in sinking their old nemesis.

Elie Okobo was making his return to the Astroballe having moved from Lyon to Monaco in the summer, but it was a familiar face from last season that provided the visitors with the attacking thrust. Mike James (17 points) was once again crucial for the Roca Team, whilst Okobo fulfilled his playmaking role (five assists).

However, these efforts didn’t bear fruit in the opening 30 minutes of the game, with domestic and European rivals Lyon keeping the pace. James didn’t enter the court at any point in the final 10 minutes of the encounter, but that didn’t matter. Unlike last season, there is a strength in depth in this Monaco team, and it was Brown who stepped up on the night, dealing crucial blows to Lyon, just when they were looking to get back into the match.

Whilst he was key to the Roca Team’s victory, his night ended on a sour note after he was forced to leave the court on a stretcher following a heavy impact. By the time he had departed, with just one minute to go, the damage was already done, the nine-point margin attained, and the victory secured.

Monaco are currently third in the Euroleague and look to have overcome the blip that saw them lose four games in five.

“It’s an important victory for us with the many matches that await us in December. It’s a mad rhythm that we’re faced with. We need to approach all the matches with the same mentality, whether it be in the championship or in the Euroleague,” said Jordan Loyd post-match.

Roca Team back it up in the Betclic

Monaco ensured a fourth victory in a row against Blois in the Betclic Elite on Sunday (88-70). The win keeps Obradovic’s men second in the domestic division, and on the heels of leaders Boulogne-Levallois.