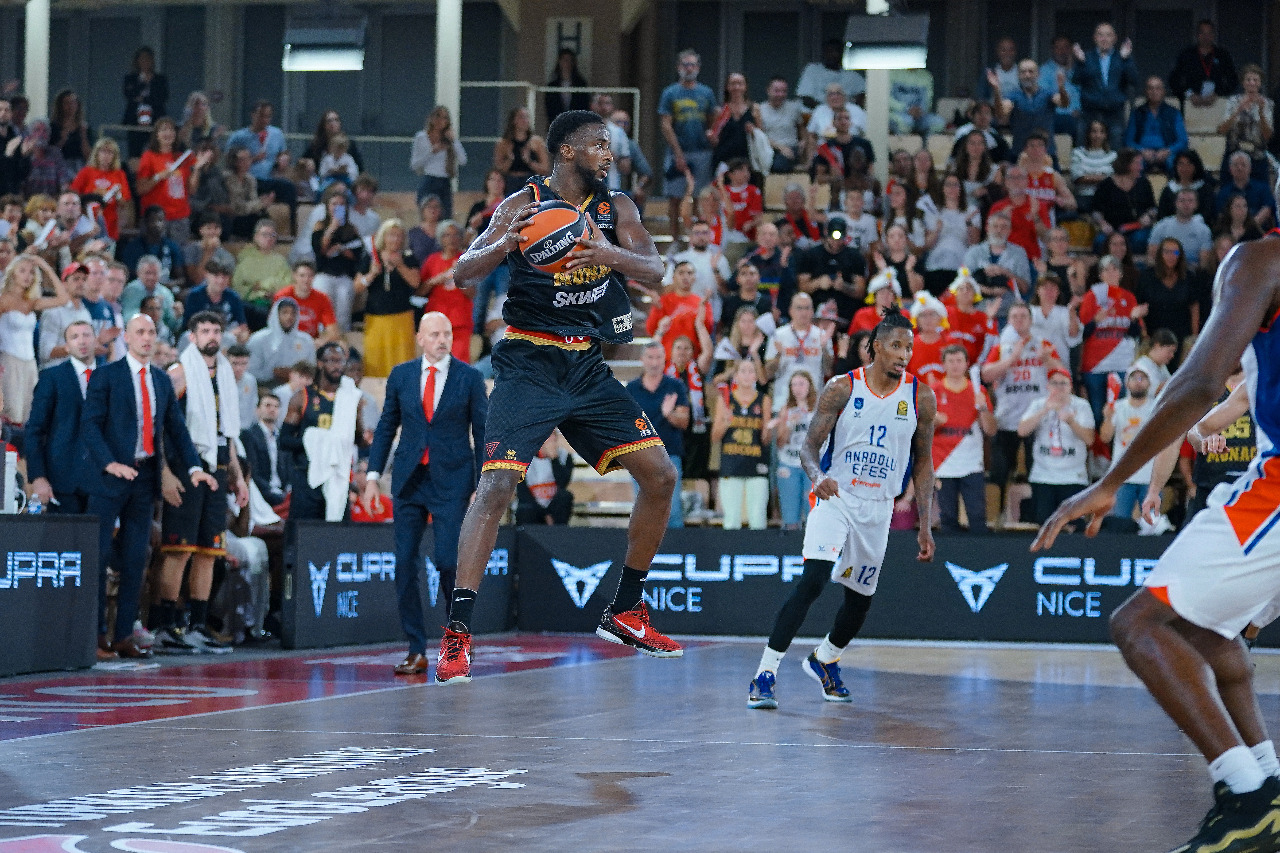 The Roca Team’s first true test of the season awaited them on Thursday night. As expected, they have begun the Betclic Elite season in imperious form, looking largely untroubled so far as they sit atop the table. In their first Euroleague match, they visited Virtus Bologna, where Obradovic’s men were expected to win against a side that were making their long-awaited return to the upper echelons of the European game.

However, against Anadolu Efes, the result was far from guaranteed. The Turkish visitors quickly gained control of the tie, racing into an eight-point lead in the early stages.

Whilst the Roca Team of yesteryear may have folded, this season they rose to the challenge, few more so than Alpha Diallo (15) and Donta Hall (9), the latter lighting up the hall with his trademark dunks.

But neither side could make the break. Both sides displayed excellent collective qualities, whilst the strengths of the individuals were well pronounced in what Obradovic labeled post-match as “a beautiful promotion of basketball.”

The sides couldn’t be separated in normal time with the first match of the Euroleague season at the Salle Gaston Médecin going to overtime. Monaco quickly made the break before being pegged back (88-88). The heroes on the night, James and Diallo made the decisive contribution at the death to give Obradovic’s side the win in what was an intense, draining and suspenseful fixture.

Post-match, Obradovic was full of praise for both sides: “Firstly I want to congratulate my team, but also the opponent. It was a great battle, worthy of a play-off match in its intensity. For sure, winning in this way shows that we can be competitive against anybody.”

Whilst many of Monaco’s rivals are yet to play their second game, the Principality side currently sit pretty at the top of the Euroleague table. Their two performances so far have been a strong statement of intent as they look to build on last season’s success. 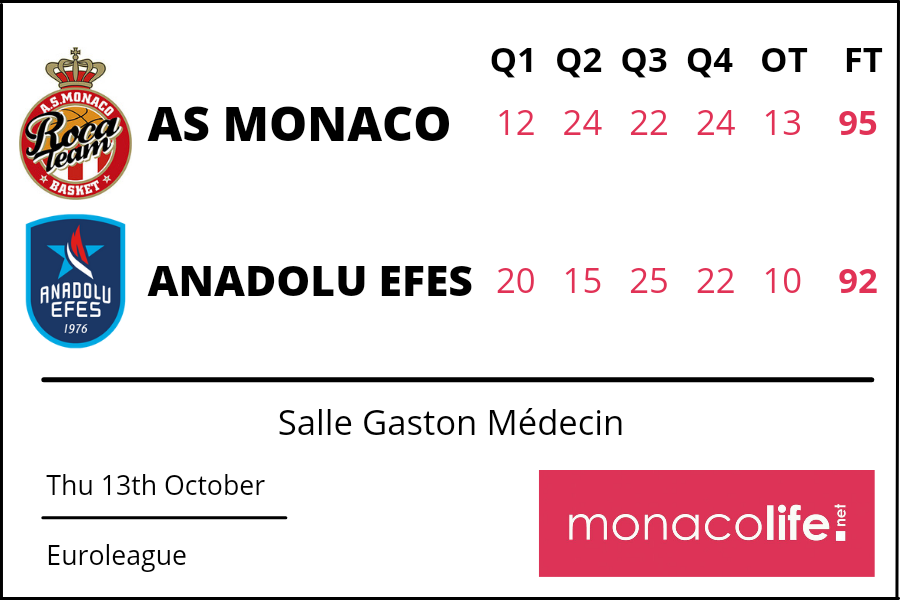