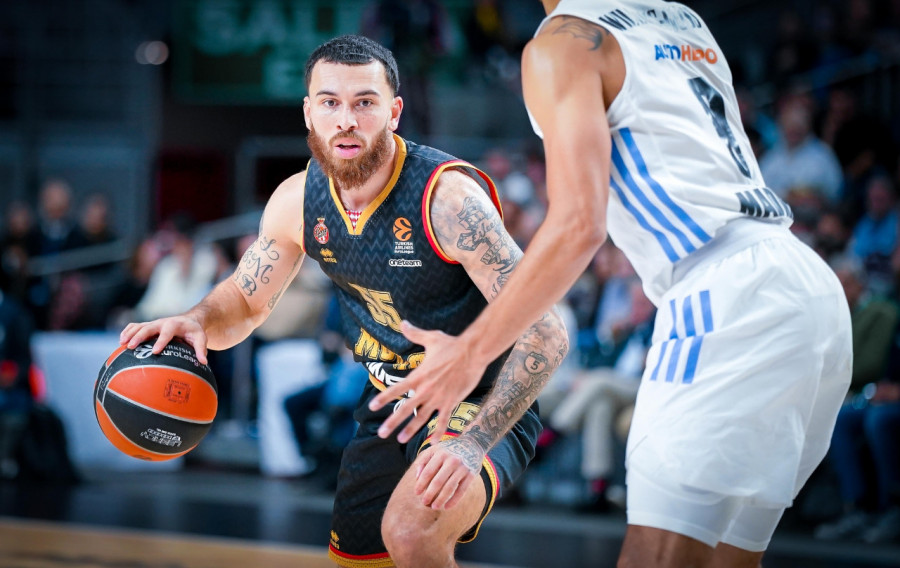 A victory against Real Madrid (94-95), the most decorated European team, marked another landmark in the meteoric rise of the Roca Team. The face of that rise, American Mike James, proved decisive once again.

James (28 points, three rebounds and three assists) helped keep Monaco in the tie, with Monaco under the cosh for large periods. The American point-guard has assumed the role as the face of this AS Monaco Basketball revolution, and more often than not, he lives up to the billing.

The Roca Team were led for long periods of the encounter on Thursday 8th December, but Real Madrid, 10-time Euroleague champions, 36-time champions of Spain, and on a six-game winning streak, never made the break.

In their previous four meetings against the Spanish giants, Monaco had failed to win, but they would have caught a scent of victory in the third quarter as they took the lead (62-65). However, Real Madrid’s response was emphatic, the Spanish side three-pointing their way into an eight-point lead (78-70).

Sasa Obradovic’s men had an uphill task to fight their way back into the tie, but they did. With just four seconds on the clock, James stepped back outside the arc, landing his three-pointer and drawing a foul in the process. The American converted his free-throw to take the game to overtime.

In a low-scoring overtime period, it was ultimately a James free-throw that proved the difference, as Monaco held on in the dying seconds to secure a historic and memorable victory (94-95).

The man of the moment, James, reflected on the victory post-match: “It’s always huge to win here against this Real Madrid team. We have to keep it in our heads for the future.”

Trailing for the vast majority of Sunday 11th December’s evening game in Paris, Obradovic’s side, led by Elie Okobo (28 points), pulled off a fourth-quarter comeback before securing the win with a dominant overtime display.

All eyes were on Victor Wembanyama, the prospect backed to be the top pick at the NBA drafts next season, and the Frenchman helped his side into an early lead (13-5). Wembanyama, whose sister plays for the Monaco Basket Association (MBA), was a major offensive arm for Boulogne Levallois throughout the tie (27 points, 11 rebounds and three assists), but after a sluggish start, the Roca Team fought back.

Having incrementally eaten into the home side’s 13-point lead, Monaco were in striking distance by “money time” and with two consecutive Okobo T3s, the Principality side took the lead for the first time in the encounter (75-76). However, a Boulogne-Levallois free-throw took the game to overtime.

James, who had the chance to win the match in the fourth-quarter, then came to the fore, complementing the playmaking efforts of Okobo in an exhibition of offensive and defensive prowess. Obradovic’s side were completely untouchable in the five minute period, winning overtime 6-19 and taking the overall victory (82-95).

Monaco are now comfortably top of the Betclic Elite. They have two wins more than both Dijon and Sunday’s opponent Boulogne-Levallois, although both sides have one game in hand.

“After a big victory in Madrid, it is good to back it up here against a great Boulogne-Levallois side,” said Obradovic post-match. A difficult month for the Roca Team has got off to the perfect start, but there is little let up with a Euroleaue double-header at the Salle Gaston Médecin this week (Barcelona on Wednesday and Alba Berlin on Friday).