Roca Team do the double over ASVEL thanks to attacking masterclass

Roca Team do the double over ASVEL thanks to attacking masterclass 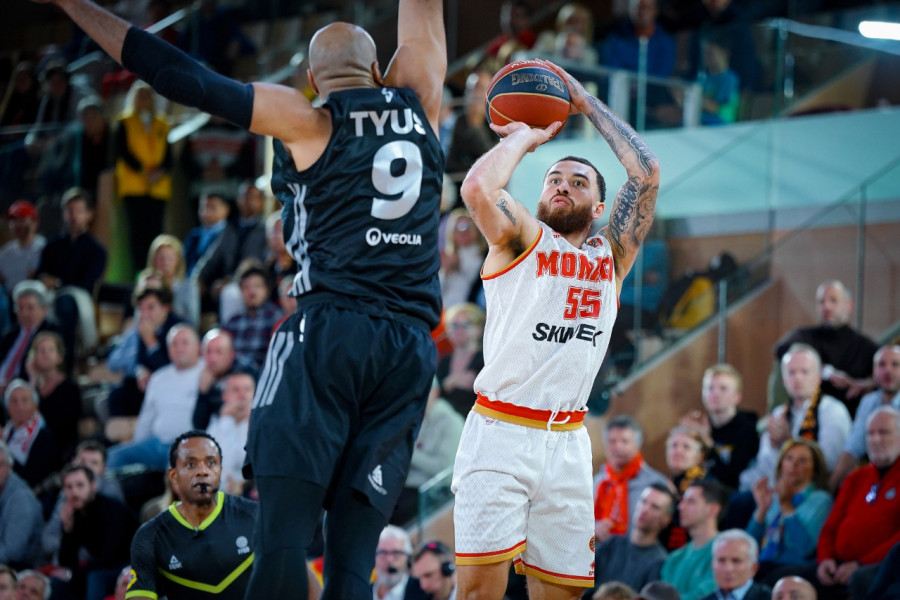 AS Monaco Basketball stunned Lyon-Villeurbanne with a first-quarter frenzy on their way to beating their nemesis twice in the space of a week (97-78) and moving top of the Betclic Elite in the process.

Due to Boulogne-Levallois’ defeat, Sasa Obradovic’s men take top spot in the domestic championship with 10 wins in just 12 matches, the only defeats coming against Limoges and Dijon.

Mike James was imperious on the night, scoring 19 points in the first half (26 points in total and six assists) as Monaco stormed into an early and unassailable advantage. With an 18-point lead after the first 10 minutes (33-15), ASVEL couldn’t muster a response, and Monaco simply managed the game out. A semblance of a response was evident on the return from the dressing rooms, but nothing of the proportions necessary to overhaul such a deficit.

Obradovic’s men then responded in the final quarter, reversing ASVEL’s advances, and securing a fifth successive victory. Lyon-Villeurbanne meanwhile, are on a dreadful streak of eight defeats in nine matches. At this moment in time, they don’t look like Monaco’s biggest challenger for the domestic title, as they were last year.

“The players showed big motivation. Having just one day to prepare for this match isn’t easy, as it will be for almost the entire month of December. From entering the court, we applied the right defensive aggression and that allowed us to increase our lead quickly with a transition game. James was very focused and was our guide tonight,” said Obradovic post-match.

The Roca Team is traversing a difficult month. The players face a trip to the Spanish capital to face Real Madrid on Thursday, before meeting their closest challenger in the Betclic Elite, Boulogne-Levallois on Sunday.