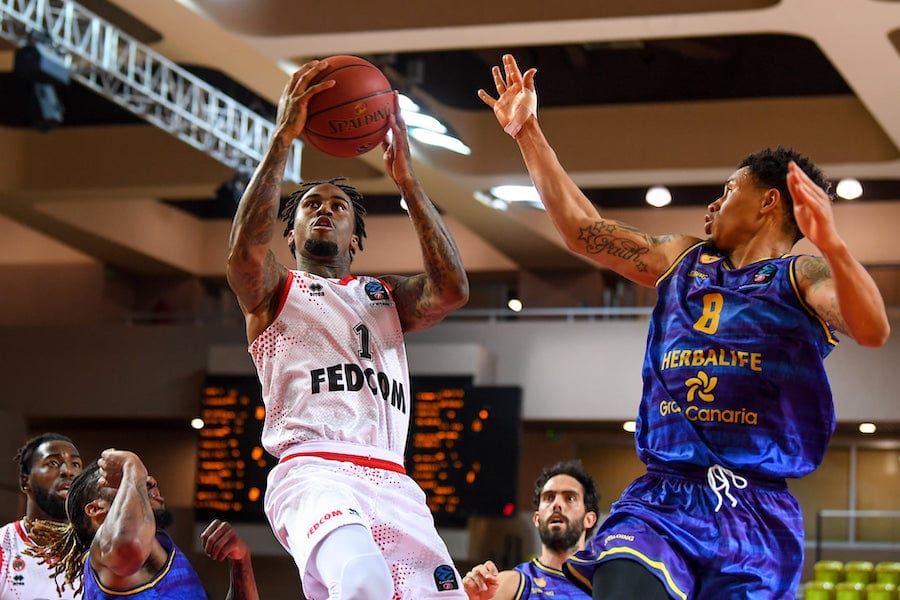 AS Monaco Basketball took the win against Herbalife Gran Canaria in the first of two Euro Cup 7 semi-final matches against the team this week.
The Roca Team beat Gran Canaria on Tuesday night in a Euro Cup 7 semi-finals win at home by a score of 82 to 77. Not exactly a blowout, but a solid win and enough to take them back to La Palma on Friday night with confidence.
The first half of the game saw a seriously strong showing by Monaco who had 24 points to the Spanish team’s five in the second quarter. When they two went into the locker room at the half, the score was a comfortable 44 to 26.
After the break, Gran Canaria came out swinging whilst the Roca boys seemed to struggle to find their stride. The opponents quickly closed the gap, racketing up the excitement. They never took the lead, but they sure came within spitting distance, forcing Monaco to step up their game. In the end, the Roca team came out on top winning 82 to 77.
“1-0. I am satisfied. It was a tough game, as I expected,” said Coach Zvezdan Mitrovic after the game. ‘We had a great second quarter time. They had a great 3rd quarter time. Afterwards, the game balanced out. In the end we managed to control.”
AS Monaco made 26 shots out of 60, with nine out of 17 from three point range. They had 41 rebounds, with Mathias Lessort taking eight on his own. There were seven steals, 14 stray balls and 13 assists. Rob Gray had an outstanding night, scoring 25 points. Lessort chalked up 12 and Captain dee Bost had 11.
The team head to Las Palmas on Friday for the rematch.