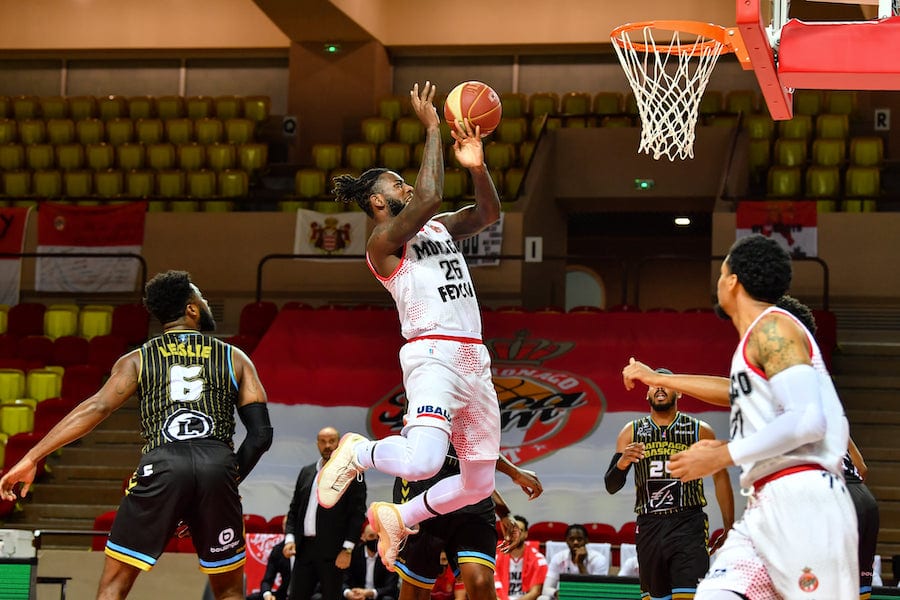 AS Monaco Basketball brought home the bacon on Monday night crushing Châlons-Reims 94 to 76 in Jeep Elite action, and also were given word they are qualified for the first time in the team’s history in the Euroleague, the giant of European basketball leagues.

It was a big night for the Roca team. Hot off the heels of their qualification for the EuroCup 7 finals, they took on Châlons-Reims in a Jeep Elite match at Gaston Médecin where they dominated from start to finish.

Despite Rob Gray and Damien Inglis being out due to injury, the team played like the pros they are and took full advantage of their talents. Notably, Branden Frasier was on fire during the first half, pulling in 17 points on his own and going six for six on shots, including three for three in the three-point range.

The team from Champagne didn’t know what hit them.

The first half was a wash out for Châlons-Reims. They found themselves 19 points down at the half with the score sitting at 55-36.

After the break, things didn’t improve much for them, as Monaco was everywhere. At one point in the third, the score was an incredible 72 to 45 for the Roca boys. The game tightened up a bit in the last quarter, but Monaco was never in much danger of falling behind. In the end, they held on and finished with a 94-76 victory.

“After all the excitement of qualifying for the final in Gran Canaria, my team was very professional and kept the pressure on,” said Coach Zvezdan Mitrovic. “I congratulate my players. Rob (Gray) and Damien (Inglis) were a bit injured, but they could play the next game.”

Meanwhile, far to the north in Saint-Peterburg, the team waited news on a decisive game. The Russian Zenit team beat Greek powerhouses Panathinaikos 112 to 83, thus securing the eighth place spot and catapulting Monaco into the Euroleague for the first time ever. The Euroleague is a top-tier competition that has run since 2000, replacing the previous FIBA EuroLeague.

When asked about the securing a place in the Euroleague, Coach Zvezdan Mitrovic proudly commended his team. “It’s a very big moment for the club, the result of a lot of work. We don’t have the biggest budget, nor the biggest squad, but my players showed huge heart to reach this Eurocup final. The club was in Pro B when I arrived and were climbing from N1 (3rd Division). Today, they find themselves in the Euroleague, there is an incredible side to all that.”