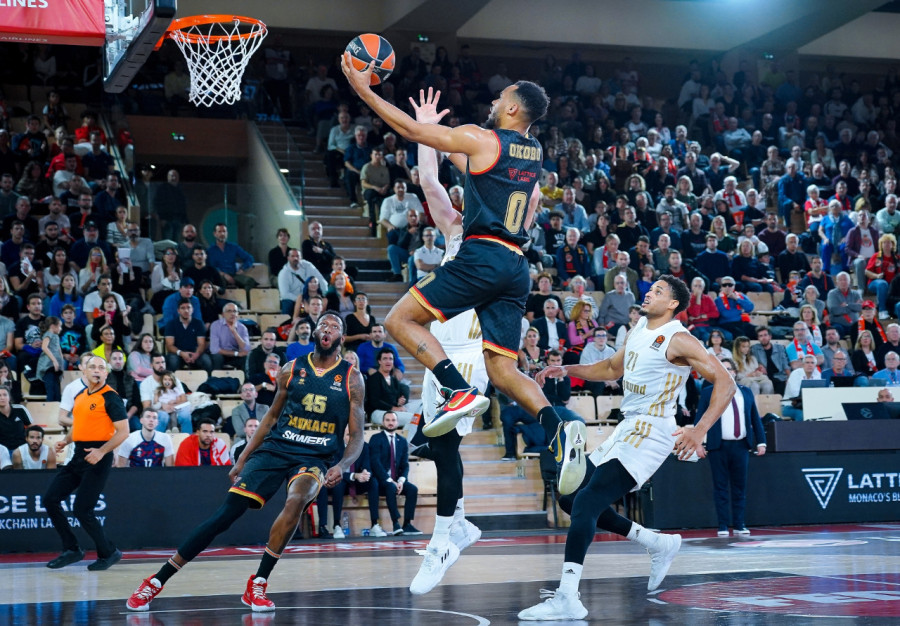 AS Monaco Basketball overcame Bayern Munich in a tight clash (80-79) on Friday to end a two-game losing streak. The Roca Team are fifth in the standings, but level on wins with second-placed Olympiacos.

The roles were reversed at the Salle Gaston Médecin on Friday. Monaco were the chasers in the fourth-quarter against Fenerbahçe earlier in the week, almost overturning a 19-point deficit. This time they were the chased, as their German opponents dominated in the money time to give Sasa Obradovic’s men a fright.

Bayern were nine points behind with just 33 seconds on the clock, but managed to come within a point by the final buzzer thanks to an Andreas Obst scoring spree.

His final second T3 made Monaco grateful for Jordan Loyd’s free-throw just seconds earlier, which ultimately proved the difference. The Roca Team had to be patient in the 10th fixture of their Euroleague campaign. Neither side managed to make the breakaway until the fourth quarter. Heading into the final 10 minutes with a three-point advantage, Elie Okobo (16 points) was pivotal in giving Monaco breathing room.

The playmaker scored nine points, with a three-pointer giving Monaco a 10-pint advantage with under five minutes to go. As always, Mike James (13 points) was at the heart of the action, helping his side’s scoring efforts and providing six assists.

But in the dying seconds, Bayern hit back. First through a Niels Giffey T3 and then a flurry of Obst points, the German club almost took the home side to overtime, but Monaco narrowly prevailed to go level on wins with second-placed Olympiacos.

Speaking post-match, Obradovic praised his side’s collective spirit. “There are lots of things to work on, lots of progress to be made. Today, it was a team victory,” he said.

Monaco next face Le Mans in the Betclic Elite on Tuesday, where Obradovic’s men will be looking for a victory to keep them in the play-off places.