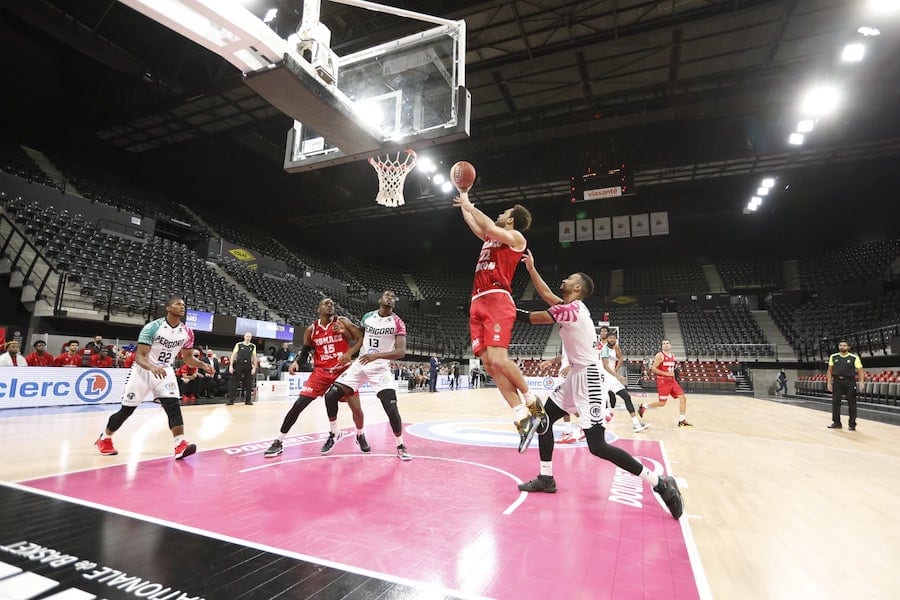 AS Monaco Basketball has finished their Jeep Elite year with a 77-71 win against Boulazac Perigord at an away game played at Le Palio.

The Roca Team ended the 2020 French Championships at the top of the heap with six wins and only one loss after their Boxing Day victory against Boulazac.

The game was no cake walk though, with Monaco down at the start and unable to convert a single point until two minutes in. After that, things kicked back in when Mathias Lessort broke the spell. This opened the gates and Darral Willis and Team Captain Dee Bost leapt into action pushing the Roca Team past their opponents.

Monaco hit 23 out of 55 shots on the night, including seven of 21 from the three-point line. They took 36 rebounds, with Lessort and Marcos Knight having six a piece. Add to that 10 assists and 13 steals, and the Roca team showed what serious game they’ve got.

Captain Bost was high scorer on the night with 19 points, Knight had 14 followed by Damien Inglis with 13, Willis with 10 and Lessort with eight.

“I’m happy with the victory because the team had two losses in a row here at Boulazac,” said Coach Zvezdan Mitrovic after the game. “We have to be ready for every game because all the teams are waiting for us. We ended the year with a success and first place in the standings, but it was all anecdotal. The calendar is very complicated for a start, now we do not really know when we will play again. These are weird times that we go through, we have to adapt. The season is crazy, and it will still be in 2021 with all the Jeep Elite games to play and the EuroCup.”

Monaco has one last match in 2020 where they face Andorra on the 29th at 7pm. Roca Team can look at the match more like a practice than anything, as the team has already secured their spot in the Euro Cup playoffs in a group with Malaga, Nanterre and Badalone or Bourg.