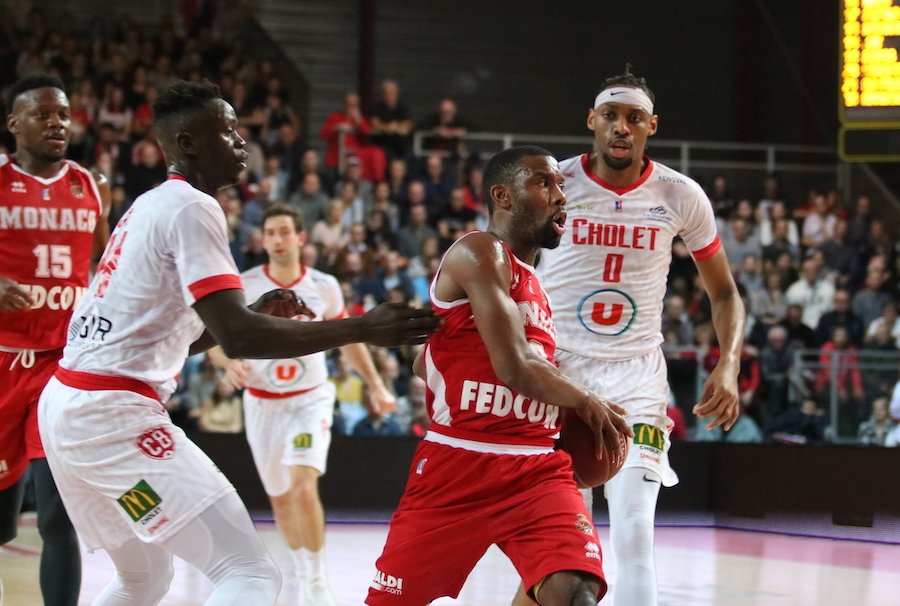 In a tough game against Cholet Basket, AS Monaco Basketball once again showed their opponent how the game is played.

The Roca Team was on the road in Cholet where they took on Cholet Basket in a post-Christmas match at the Meilleraie on 27th December, giving them their ninth consecutive win in the Jeep Elite Series.

The first half started out with what looked like a pretty even match, with Kim Tillie and Eric Buckner serving up the first points of the game for Monaco, but CB’s Michael Stockton, son of jazz legend John Stockton, wasn’t about to let them off easy. Dee Bost and Norris Cole kept the points coming, and by 12 minutes in Monaco was on a roll and there was no stopping them. JJ O’Brien and Will Yeguete extend the lead to 29-19 and the Roca Team’s defence is playing hard.

By halftime, the score was 51-31, a comfortable 20 point lead, spurring Paul Lacombe, who had made seven assists by this point, to say, “We put defensive hardness to prevent them from playing, we have the rhythm and we put in.”

But Cholet wasn’t going down without a fight and came back from halftime raring to go. They immediately clawed back seven points causing coach Obradovic to call a time out, which seemed to get everyone’s heads back in the game.

Yeguete and Cole got the offense back on track, and by the 28th minute, the 20-point lead was restored, but not for good. With just over five minutes to go, Cholet made a last minute rebound and the score was within 10 points of each other.

Obradovic hastily called a time out and the team towed the line, Dee Bost and Yakuba Outtara landing shots followed by a superb three-pointer by Norris Cole. In the end, the Roca Team won 84-71, ending the year on a high note.

Monaco Basketball returns on 5th January in a match at home against ASVEL Lyon-Villeurbanne.