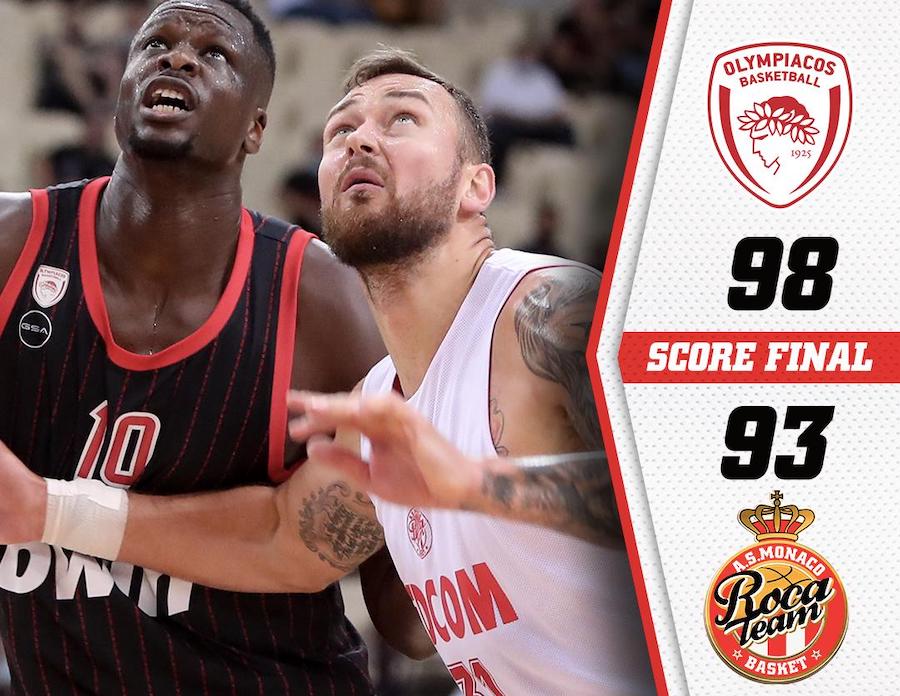 It was an evenly matched pairing of two powerhouse teams in the finals of the friendly  Bwin Tournament Against Covid-19, but in the end, AS Monaco were vanquished by Greek team Olympiakos in a close 95 to 98 final.

The blow was softened a bit by knowing two of their heaviest hitters, Rob Gray and Léo Westermann, were both out due to injuries.

It was a game of back-and-forth tugs, with each team alternating the lead. Monaco had the advantage after the first quarter, Olympiakos took over in the second. At halftime, the score was a close 51 to 55 in favour of the Greeks.

The third period was Monaco’s for the taking, outscoring their opponents 24 to 17, but Olympiakos came back hard in the final quarter, ending the match with a slim five point win.

“Thank you to Olympiakos for the welcome and invitation to the tournament,” said a gracious Coach Zvezdan Mitrovic. “I congratulate them on their victory. Olympiakos will be among the best teams in the Euroleague. We’ve had a lot of good times and bad. There are a lot of things to improve for the future. It’s still too early to do a full team analysis but it’s still very important for us to prepare for this high level.”

Winger Yakuba Ouattara added, “It was a very important game for us. Testing against a team like Olympiacos is great for us. There have been good things and bad things, but we are a new team that still needs to improve and continue to discover each other.”

Danilo Andjusic was high scorer for Monaco with 20 points, followed by Donatas Motiejunas with 18. The Roca team made 35 out 66 shots, with 12 for 27 in three-point range. They had 26 assists, 32 rebounds, picked up 16 strays and had 12 steals.

Monaco’s Turkish Airlines Euro League hopes are high, and as the only newbies to the league this season, they’ve got a lot to prove and even more to show.