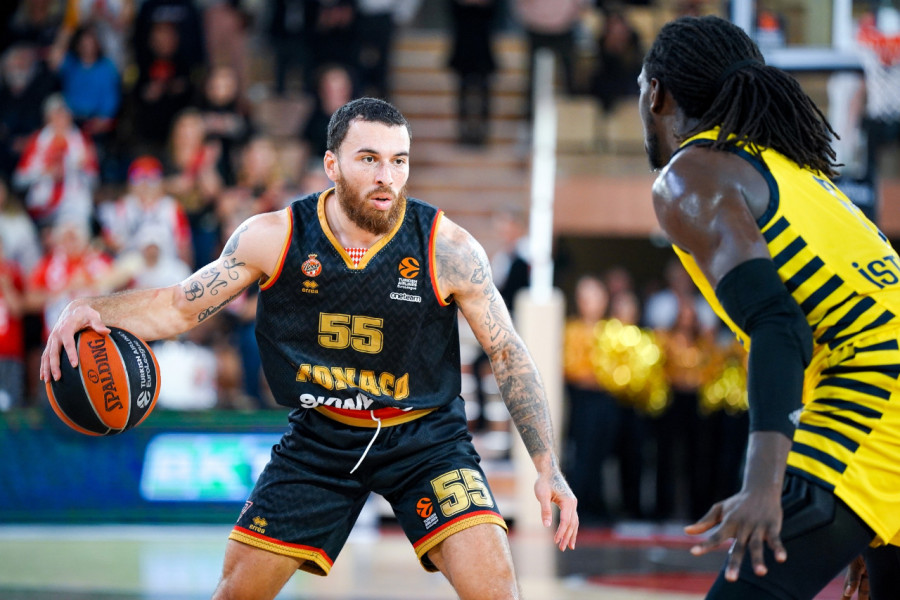 AS Monaco Basketball came close to overturning a 19-point fourth-quarter deficit against Fenerbahçe, but their ultimate loss to the Turkish table-toppers (93-96) on Tuesday relegates them to fifth in the Euroleague.

The result means that the Roca Team have now lost four of their last five fixtures in all competitions, after only losing once in their first 13. The Euroleague defeat followed a narrow loss against Limoges in the Betclic Elite (80-84) on Sunday.

The victory against Baskonia at the Salle Gaston Médecin on Friday looked to have stemmed Sasa Obradovic’s side’s negative spiral, but in this tight run of fixtures, the Principality side have come once again unstuck.

Tuesday’s match at the Salle Gaston Médecin was no easy fixture. Fenerbahçe have been imperious so far this season, and they showed why in the early stages. Monaco had little response to their attacking efforts as the Turkish visitors won the first two-quarters (18-21, 20-24).

Monaco were, however, still within striking distance. That changed in the third quarter. As was the case throughout the match, Monaco found success in the attacking phases but were helpless to bleeding points at the other end. Going into the final quarter, Fenerbahçe had created a seemingly insurmountable 19-point lead (60-79).

What ensued was a crazy 10 minutes of basketball, which almost resulted in an improbable upset. Right from the start, the crowd were up, and a couple of early T3s provided the momentum to chase the Turkish side down. Having looked so fluid all night, Fenerbahçe were struggling at both ends and were helpless as they watched their mammoth lead slip away.

With just 12 seconds from the buzzer, Monaco were back within a point (93-94), but Obradovic’s men couldn’t find that crucial winner, and succumbed to consecutive defeats, despite their valiant fourth-quarter efforts.

“Fenerbahçe are probably the best team in Europe at the moment. We have to respect what we did in the final quarter in coming back from 19 points behind. We showed real character; it was a real spectacle for the fans. The season is long and we will learn from this kind of match,” said Obradovic post-match.

Looking to get their season back on track, Monaco welcome Bayern Munich to the Salle Gaston Médecin on the evening of Friday 25th November.