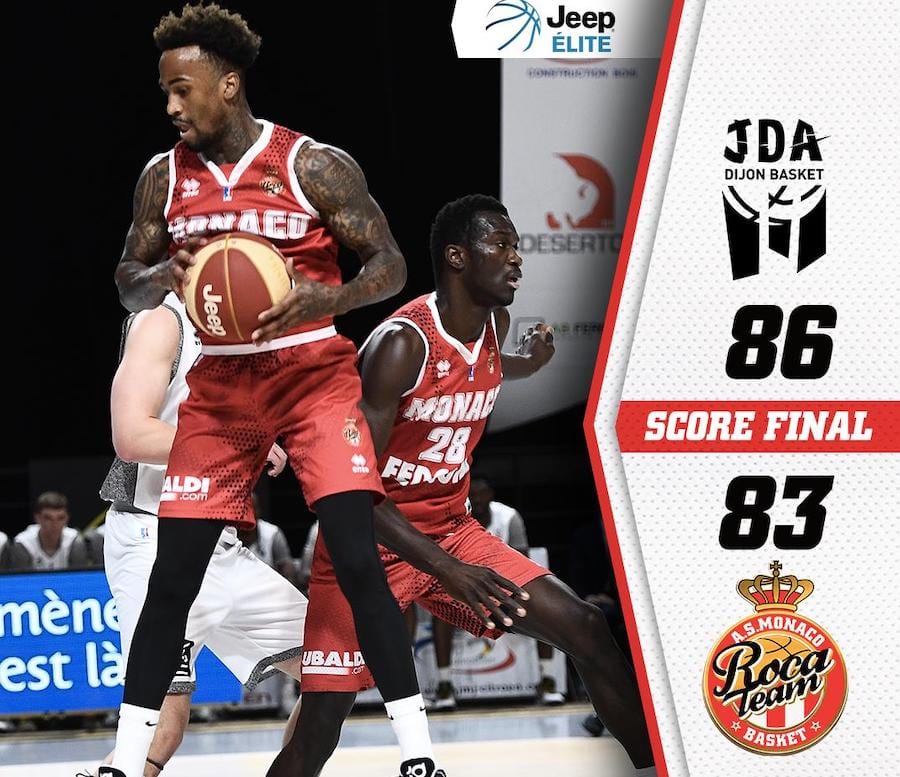 AS Monaco Basketball have lost a well-fought away match against Dijon JDA at the Palais des Sports, who have not lost a single game on their home turf since November 2019.

It had to happen some time. The Roca Team couldn’t go on winning every game forever, and last night was their time to fall, but only by a nose. Faced with an excellent Dijon team, Monaco lost in a close 83 to 86 match.

This isn’t to say the Roca boys didn’t have some spectacular moments. Rob Gray was on fire, adding 26 points to the scoreboard on his own, and Mathias Lessort went 100% on the night. It simply wasn’t enough to hold off a determined Dijon team.

Monaco and Dijon are in the first and second place slots respectively in the Jeep Elite French Championships, so it was a surprise to no one that the game was neck and neck. What was odd was that the Roca team was behind the whole game until the fourth quarter, where they regained some mojo but not enough to hold of the Dijonnaise.

“Congratulations to Dijon,” said a disappointed but gracious Coach Zvezdan Mitrovic. “We can see that theEuroCup and the Jeep Elite do not sound the same whistle.”

Mathias Lessort spoke for the team, acknowledging the their shortcomings on the night, saying, “It was an intense game on both sides. However, we can do much better than the 48 points conceded in the first half. The whistle blasts did not benefit. We also make mistakes. And for my part, I missed too many shots. The fight continues, we will have to win our matches and therefore we will not need to monitor the results of others.”

ASM’s stats on the night were solid, despite the loss. They made 31 shots out of 59 tries, including 10 for 26 in three-point range. They took 32 rebounds, and had 15 assists, with Captain Dee Bost having five of them on his own. The team also had six steals.

Rob Gray was high scorer with 26 points, followed by Lessort with 17 and Bost with 15.

Jeep Eilte Championship action continues on Saturday, when the Roca team take on fourth ranked Lyon-Villeurbanne ASVEL at another away game, before returning home for a Monday night game against Nanterre.