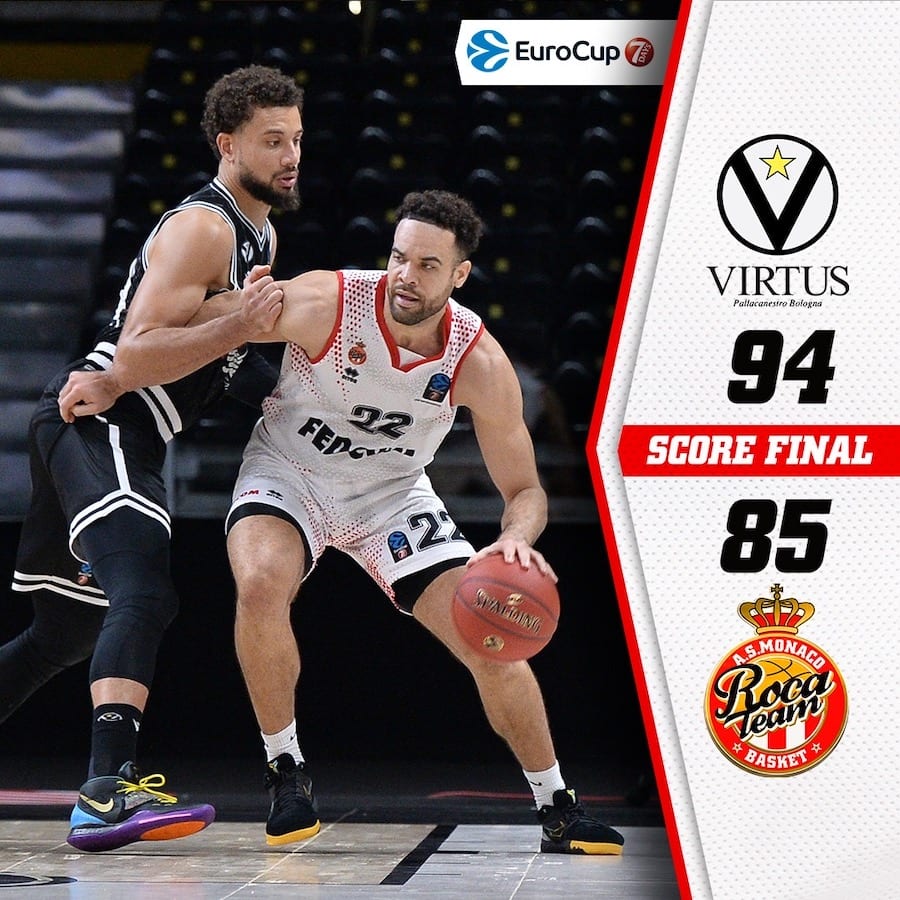 Both Monaco and Bologna went into Wednesday night’s Euro Cup 7 match unvanquished, and despite great effort, it was the Roca Team’s opponents who came out on top, putting an end to a five-game winning streak.

This highly anticipated showdown between two unbeaten teams was nothing if not hard fought. The first 38 minutes were toe-to-toe, with the lead passing back and forth between the teams like sweets between schoolkids.

The game at Virtus Bologna’s Segrafedo Arena saw the Roca Team play a far more hotly-contested match than the final score indicates. Monaco made 24 out of 39 shots, though their three-pointers were a paltry six out of 25. There were 30 rebounds, Marcos Knight claiming six of those, as well as 18 assists with Captain Dee Bost making seven of them.

Coach Zvezdan Mitrovic praised his team despite the loss saying, “I want to congratulate Virtus on the victory, but I also congratulate my team for this incredible fight. They really surprised me with the way they played tonight. In the end, we made mistakes. Everybody makes mistakes. And in the end, the quality of Virtus punished all of our mistakes.”

The Roca Team goes up against Cholet in another away game on 24th October at 8pm.