Roca Team finish 2022 on a high with Euroleague victory

Roca Team finish 2022 on a high with Euroleague victory 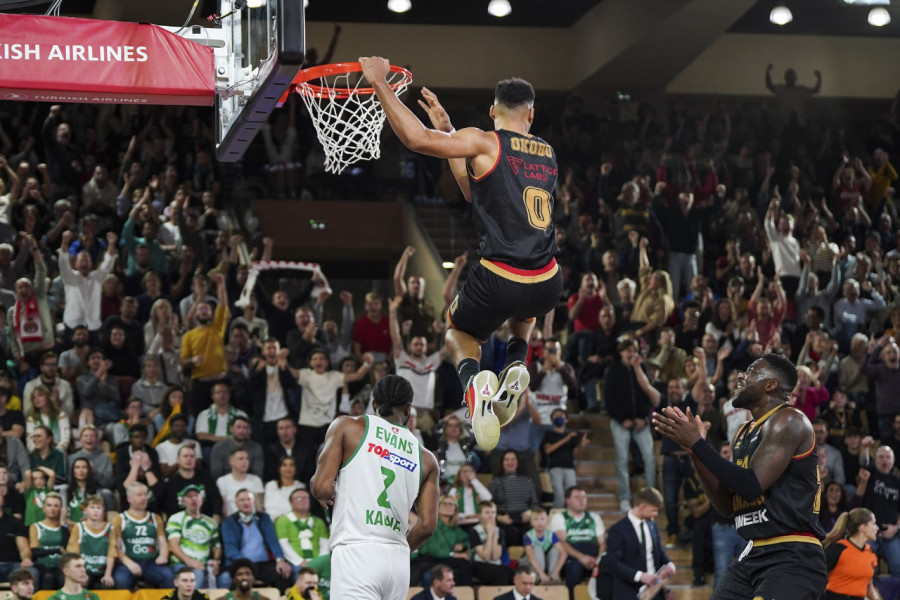 AS Monaco Basketball will finish 2022 joint-top of the Euroleague after a late comeback against Zalgiris on Thursday (84-82) sealed a narrow victory at the Salle Gaston Médecin.

The Roca Team were led for the entire fixture but produced a thrilling late comeback to ensure that they head into 2023 joint-top of the Euroleague table, with a playoff spot at the end of the season well and truly within reach.

As is often the case, Monaco had little time to prepare for the arrival of the Lithuanian team, and it showed in the opening quarter, with the home side failing to match the intensity of their visitors.

Heading into the second quarter with a nine-point deficit (17-26), Monaco had to muster a comeback, and they did so, albeit incrementally. Elie Okobo (22 points) was the face of the revival, helping the Roca Team come back into the game, and get within striking distance in the fourth-quarter.

With just a matter of seconds on the clock, the Frenchman took control, converting his free-throws before dunking Monaco level. Okobo, with Jaron Blossomgame, then allowed the Roca Team to grow a narrow lead. Nonetheless, Zalgiris did have the chance to win the game with the final possession, but they missed their buzzer shot, allowing Monaco to seal the victory (84-82) and ensure they finish the calendar year joint-top of the Euroleague table.

“I want to congratulate my guys for getting this difficult victory. We are top, but that doesn’t mean much. January is coming quickly and with an equally difficult calendar,” said Sasa Obradovic post-match.

Monaco now have a short break before returning to action with a trip to Partizan on 5th January.