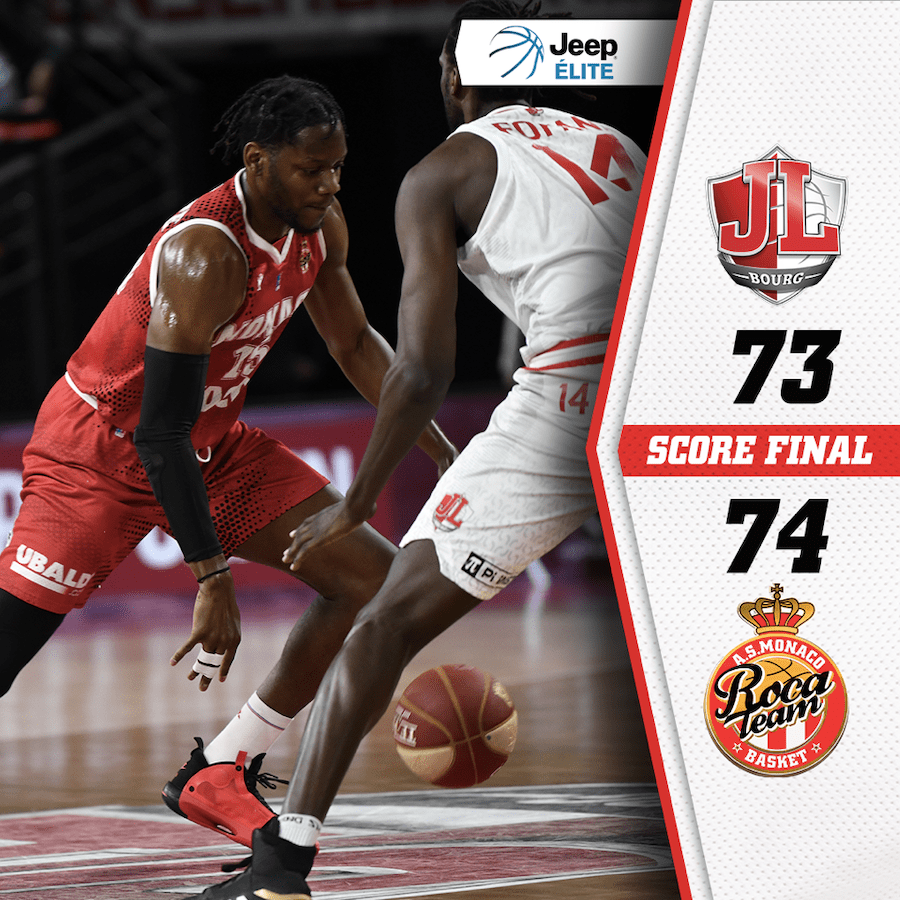 AS Monaco Basketball finished up their whirlwind three game road trip with a tight-as-they-come 74 to 73 victory over JL Bourg at the Salle Ekinox in Bourg-en-Bresse Tuesday night.

It was right up to the wire in the face-off between AS Monaco and Bourg-en-Bresse, with a layup from Abdou Ndoye just 14 seconds from the end sealing the deal and giving Monaco three back-to-back wins on the road.

Coach Zvezdan Mitrovic was back in charge this match after being suspended from the last by the disciplinary committee after a kerfuffle in Le Mans that saw both coaches tossed out.

All four quarters saw the tug of war between the teams, with no one having a clear advantage, making for nail-biting excitement the whole way through.

The big scoring stars of the night were the newly recovered Mathias Lessort and Bourg’s Alen Omic, but it was a game where every player pulled their weight, and the competition was intense.

In the end, the last second basket by Ndoye saved the day for Monaco giving them the one-point edge and the win.

“Our first objective was to defend well against the second attack in the championship,” said Coach Zvezdan after the game. “We did a really good job in this area. It is really not easy to win in Bourg, we has always had difficult matches on this floor.”

ASM back Abdoulaye Ndoye praised the opponents and expressed delight at having even a small crowd of 800 fans in attendance.

“Bourg is a very good team which plays very well. There was a crowd, they were expecting us. By not giving up, we have shown that we are still hungry after the EuroCup title. The matches are linked, the coach spins, everyone brings their own stone to the edifice. This collective is what makes our strength.”

Monaco made 26 baskets out of 55 tries on the night, including six for 23 in three-point range. They had 33 rebounds and 15 assists, picked up 10 stray balls and stole the ball six times.

Lessort was high scorer for the team with 18 points and Rob Gray was next with 10.

The Roca team is finally heading home now, where they will take on the men from Le Mans on Thursday 27th May at 6pm in Salle Gaston Médecin.