Roca Team head to Greece with wind in their sails

Roca Team head to Greece with wind in their sails 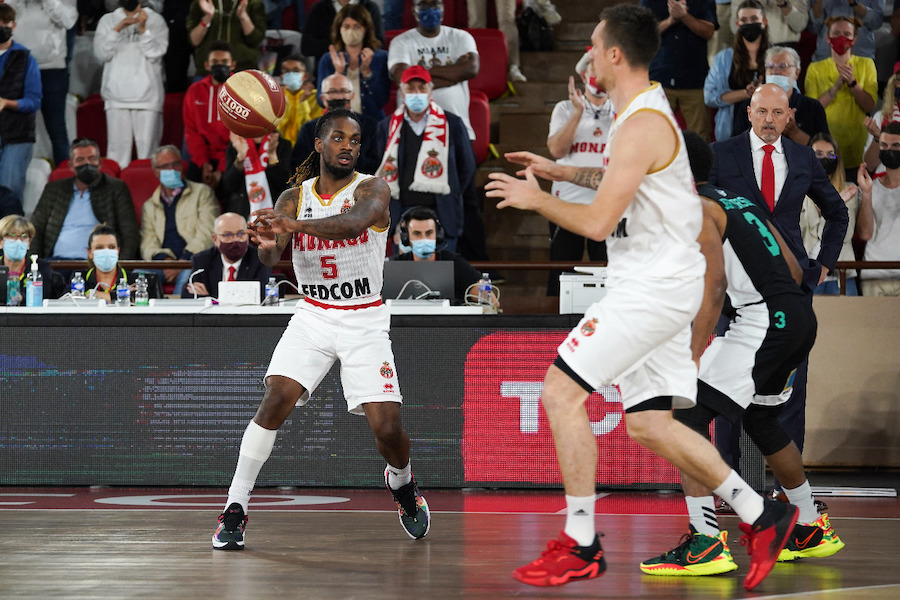 A spirited collective performance from Pau-Lacq-Orthez wasn’t enough to deny AS Monaco Basketball victory (85-76) on Sunday, as they prepare to make the trip to face Olympiacos on a high.

It was a game controlled from start to finish from Sasa Obradovic’s men who, despite conceding a three-pointer in the opening seconds, quickly replied with one of their own, before leading every other second of the encounter.

Pau had no reply to Monaco’s attacking fluidity in the first-quarter, as Paris Lee (20) and Danilo Andjusic (17), who had only recently returned from injury inflicted most of the damage. It was this duo that allowed Monaco to manage and grow their advantage, as the home side boasted a superior efficiency within the key, whilst an aggressive Pau defence limited their chances outside of it.

At half-time, the Roca Team had only a slender advantage (41-37), but some great work by Lee, Donatas Motiejunas and Alpha Diallo allowed them to breathe a little easier. Eight unreplied points straight out of the dressing room afforded them a 12-point advantage, that they were never likely to cede.

Pau, however, are in a scrap for the play-off positions, and therefore not short of motivation to drag themselves back into the fixture. Leading the fight was Brandon Jefferson (19), who caused Monaco problems all afternoon, but the strength-in-depth of this Roca Team is too great for many Betclic Elite sides.

Having grown a comfortable nine-point lead, Monaco managed their gap in the final-quarter, easing to an 85-76 victory, the perfect way to warm-up to Wednesday’s opening Euroleague play-off match against Olympiacos.

Defeat for Boulogne-Levallois means that the Roca Team are once again joint on wins with the league leaders (21) with just five games of the regular season remaining.

But more importantly, they have built momentum towards the crucial fixture against Olympiacos. Post-match, Obradovic did, however, state that his players managed to put that game to the back of their minds. “The players succeeded in managing to keep the fact that their next match against Olympiacos in the corner of their mind, it wasn’t so evident on the court.”

The victory was ensured whilst resting some of the players is likely to be key if the Roca Team are to succeed in Greece. Mike James, Donta Hall and Will Thomas were rested ahead of the upcoming fixture and they will all need to be fit and firing if they are to defeat the Greek giants. 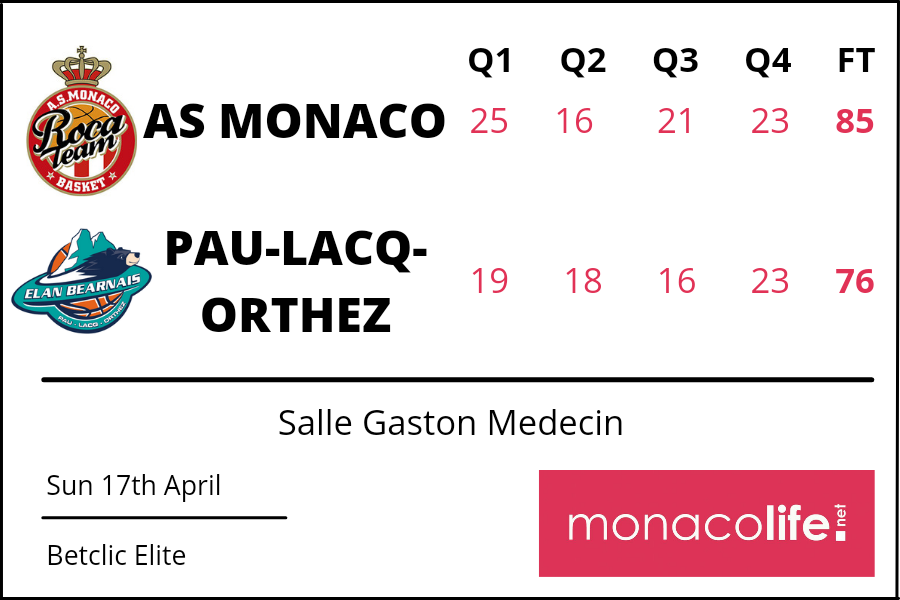