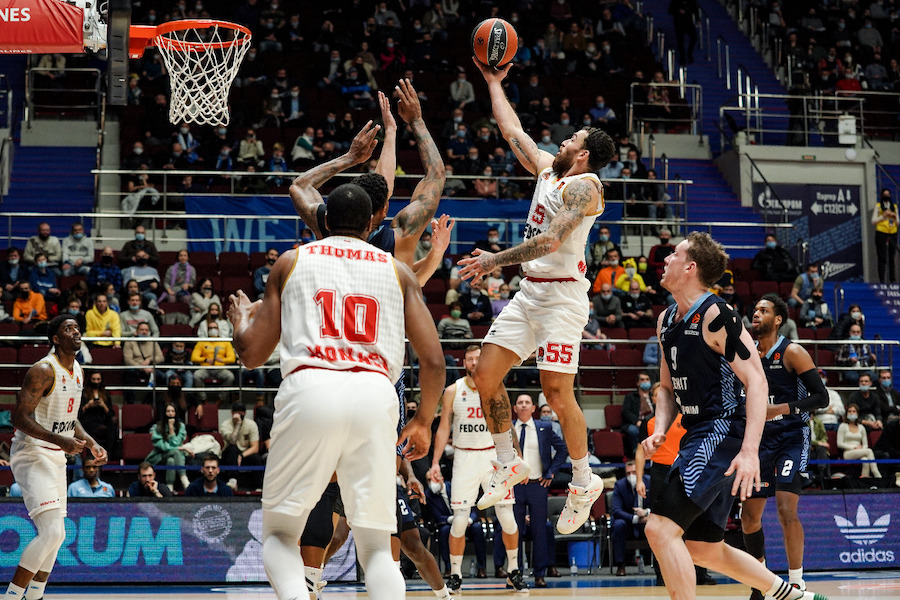 AS Monaco Basketball enjoyed a fruitful 48 hours with victories in the Euroleague and the Betclic Elite, as Sasa Obradovic works his magic over a team that looked down-and-out just weeks ago.

Having joined an exclusive list of players to reach 3,000 points in the Euroleague on Tuesday, becoming the second-fastest player to reach the landmark, Mike James was once again pivotal on Thursday, coming out top scorer (21) in Monaco’s victory against Zenit St Petersburg (77-86).

His incredible career in the Euroleague hasn’t simply been defined by his point-scoring ability, but also his eye for a pass, which was once again on show on Thursday as he registered five assists.

In beating the Russian side, Monaco extended their winning streak in the Euroleague to four games, ending Zenit’s own four-game streak in the process. Although a less emphatic victory than the one against Lyon earlier in the week, it was no less impressive. The Roca team once again came out winners in each quarter, away from home and against a team that sat fourth in the league table.

Dwayne Bacon (20) and Donatas Motiejunas (18) backed up their point guard with high scoring matches of their own. The trio of Bacon, Motiejunas and James have synced-up their purple-patches, and the result is some of the best basketball that Monaco have produced all season. For the sake of the side’s play-off hopes, they will be hoping that it continues.

Teams around Monaco have games in hand on the Principality side, but for now at least, they have reached the play-off places. This feat seemed unimaginable just a few weeks ago when Obradovic had the daunting task of lifting a seemingly dispirited squad.

Having proclaimed that their last victory against Lyon-Villeurbanne was their best of his tenure, the Serbian laid the praise on thick once again, telling the assembled media, “We did the job and controlled the entire match… keeping control and knowing what to do in each moment is important. It is a very beautiful victory.” 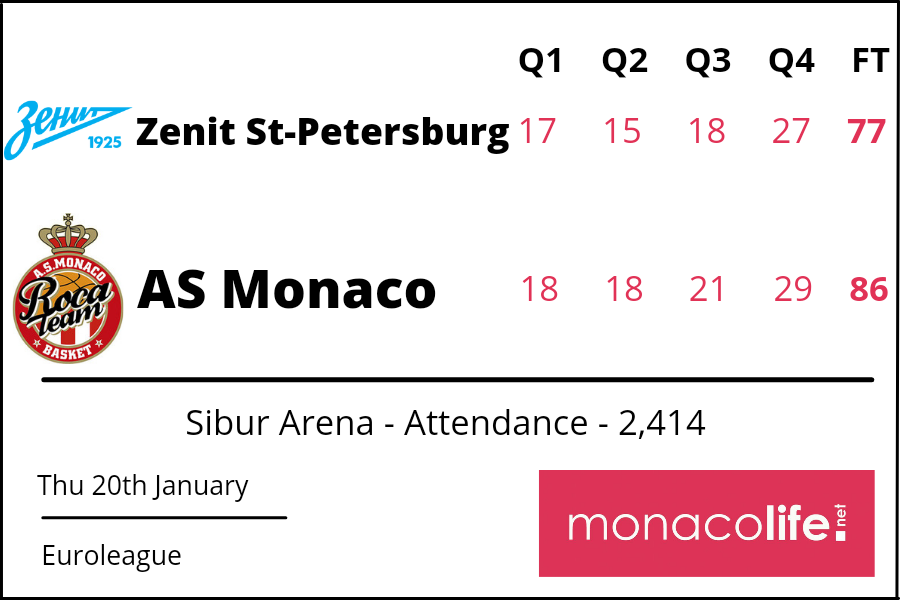 Too strong for Orleans

Monaco’s packed season has been defined by quick turnarounds, and they had another one here as they faced a trip to Orleans in the Betclic Elite on Saturday, just two days after their victory in Russia. The unrelenting fixture list proved problematic earlier in the season, however Monaco have found a good rhythm in recent weeks, and the quick-fire fixtures are allowing them to maintain their momentum.

Having lost against Nanterre in the last round of Betclic Elite fixtures, Monaco got their domestic campaign back on track with a comfortable victory away to Orleans (61-74). The ease of the victory was impressive given the squad rotation on display, and is testament to the great depth within the group.

Motiejunas, one of the only players to have been prominent in both fixtures, was the difference in this clash, his prolific finishing within the key helping him to 20 points on the night.

Alpha Diallo was also prominent, as Monaco consolidated their second place standing in the domestic division, remaining out of the clutches of the chasing sides.

Monaco now have the opportunity to benefit from a small gap in the schedule, before welcoming Euroleague table-toppers Real Madrid at the Salle Gaston Medecin on Friday. 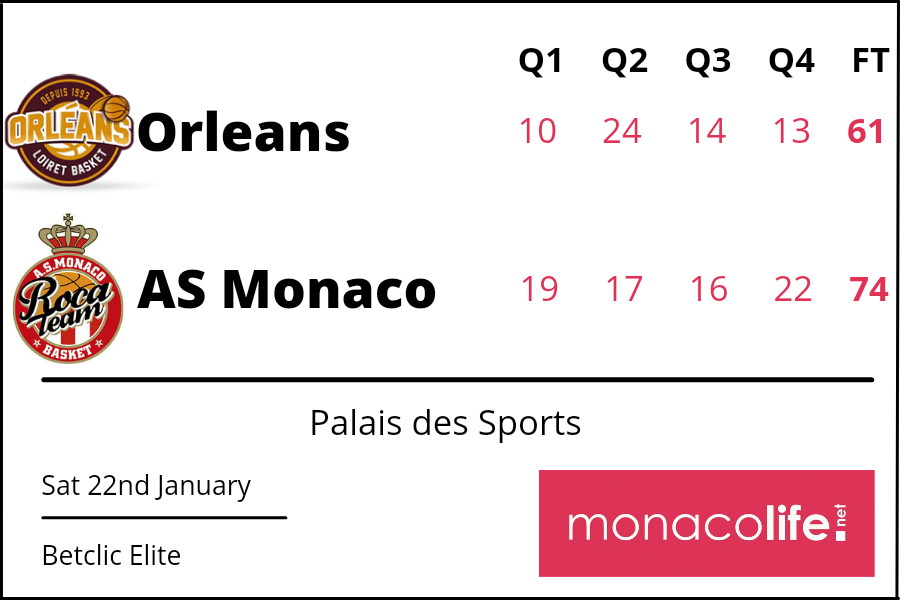