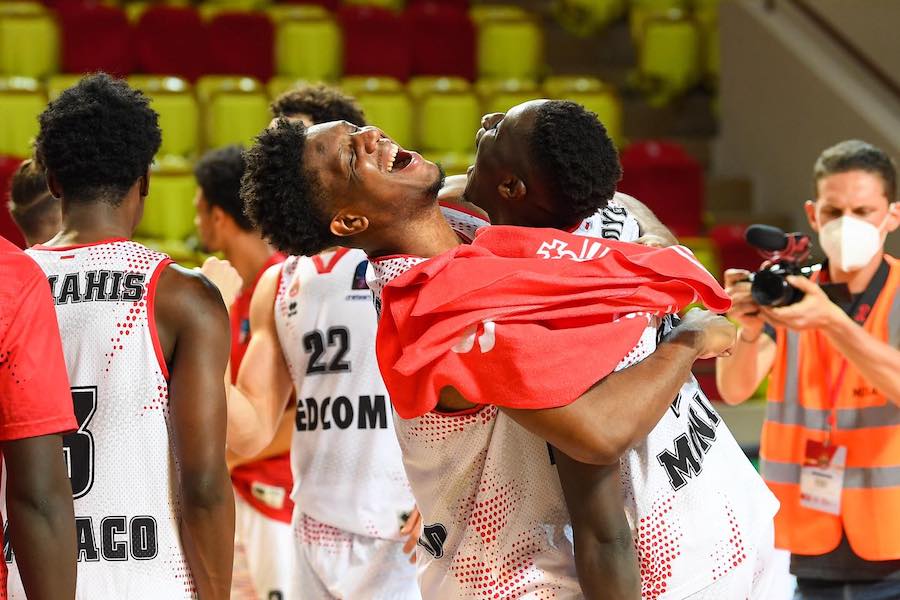 For the first time in the club’s history, AS Monaco Basketball is going to the Euro Cup 7 semi-finals after a hard fought 90 to 87 win over Buducnost Podgorica.

Hugs, tears, smiles and even a chest bump between Mathias Lessort and team President Sergei Dyadechko punctuated the Wednesday night victory of the AS Monaco Basketball team over Buducnost Podgorica, a win that catapulted them into the Euro Cup 7 semi-finals for the first time ever.

Monaco and Podgorica have faced off three times since 23rd March and each had one win under their belts going into the game. Tensions were high and both teams were evenly matched. At no point did either team have a clear advantage, though Monaco managed to maintain small leads for much of the game.

The Montenegrins played a brilliant game, but they just weren’t able to inch past the Roca team who had the home court advantage and a fire to win. In the end, the game was a super close 90 to 87.

“We work and live for these kinds of matches,” said Coach Zvezdan Mitrovic. “My first thought went to our public, with whom we could not share this great moment. My team achieved a big defensive work, we caught a lot of offensive rebounds. Both teams gave everything in defence, and we finished at 90-87, that shows the quality of the match.”

He went on to express his delight at making it to the semi-finals, saying, “Getting to the semi-finals of the EuroCup is an incredible result for the whole club. We have to savour this evening and then we will look forward to the rest. We had to put in some energy. I’m proud of my team, proud of all my players. Everyone did the job.”

Mathias Lessort had a monster night, scoring 24 points on his own. He was followed by JJ O’Brien with 13, Marcos Knight with 12 and Captain Dee Bost with 11 points apiece.

The Roca boys made 31 shots out of 60 tries, with only four out of 17 in the three-point range. They recovered a whopping 46 rebounds, with Knight having 12 alone. The team recovered 17 stray balls and had 10 assists.

The Roca team is back on 3rd April in Jeep Elite action when they go up against Orleans at home, followed on 6th April by the first Euro Cup 7 semi-finals match against Gran Canaria.

By Monaco Life with press release