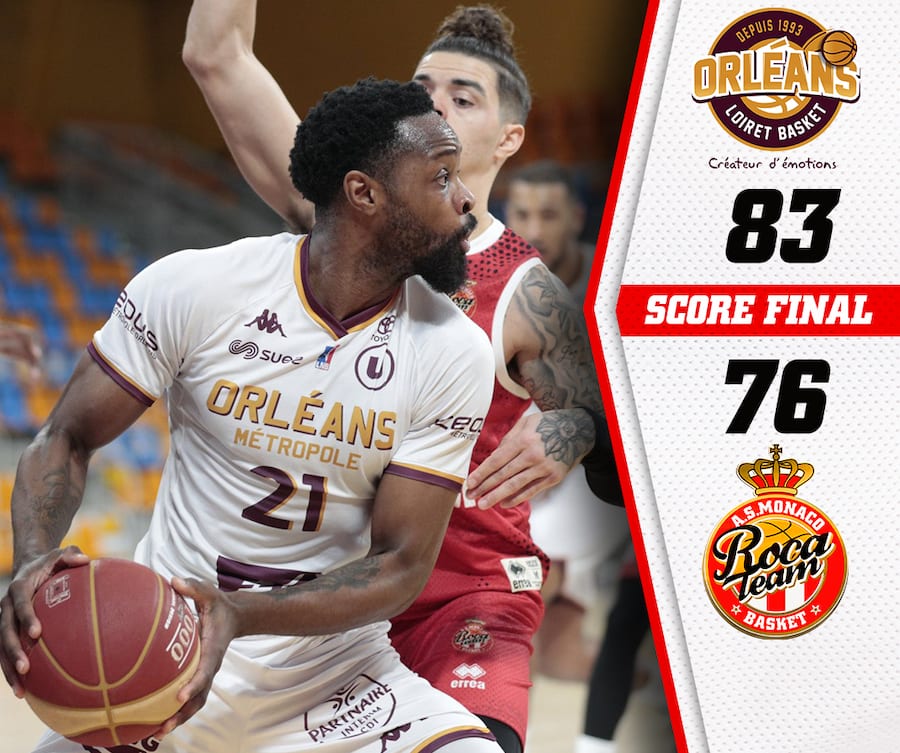 The Roca team’s Coupe de France hopes were shattered on Saturday with their 76 to 83 loss against Orleans Loiret at the Palais du Sport in Orleans.

AS Monaco Basketball had a disappointing night, losing out to Orleans and sending their opponent onto the Coupe de France quarter-finals.

The night started out poorly, with the Roca team boys losing Yohan Choupas to injury only three minutes into the game. This was quickly followed by a time-out from Coach Zvezdan Mitrovic, as the team trailed a nearly unprecedented 4 to 12.

Things didn’t get much better from there. Mathias Lessort was handed a penalty and Orleans’s Paris Lee was seemingly unstoppable, scoring a last second three-pointer adding to his astounding 26-point total on the night, to end the first quarter trailing a dismal 14 to 25.

By halftime, they had clawed their way back somewhat, scoring 14 points compared to the opponents two, bringing them within spitting distance at 36 to 40.

After the break, it was a more even match, but only at one point did ASM take the lead by a narrow one point, though they couldn’t hold onto it.

Even though they may have had a not-so-great ending, the Roca team made 28 out of 60 shots on the night, with 5 for 19 in the three point range. They took 32 rebounds, had 16 assists and made 10 steals.

Rob Gray had 18 points on the night, Damien Inglis had 14 and Marcos Knight and Dee Bost each had 10.

Despite the decent numbers, it simply wasn’t enough. The team aren’t completely out of playoff running, though. They are still contenders for the Euro Cup 7, and will be facing Nanterre on Wednesday night for their shot at redemption.