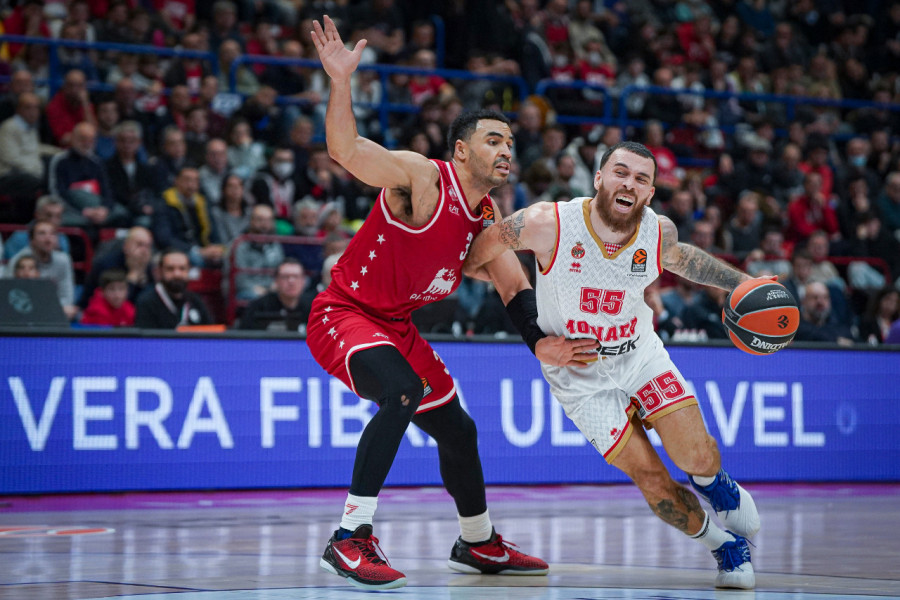 AS Monaco Basketball missed the chance to become outright Euroleague leaders after a late collapse against Olimpia Milan saw them slip to a second-consecutive defeat (79-71) on Friday.

Instead, the Roca Team are one of five teams to have a 10-5 record in the Euroleague, in what is shaping up to be a tight season. This was a missed opportunity for Sasa Obradovic’s men, who at one point in the match led by 17 points.

However, the Principality side capitulated at the death, letting their lead slip on their way to a disappointing loss against second-bottom Milan, who registered their fifth victory of the season.

Like many sides competing on two fronts, Monaco’s schedule has been harsh this December. Despite a good start, which notably saw Monaco prevail on the court of European giants Real Madrid, they look to be short on energy. Their fourth-quarter collapse on Friday was symptomatic of their exhaustion.

The Roca Team were at their best at either side of the half-time break, dominating the entire second quarter (26-10), before continuing to grow their lead early in the third. However, there were sprouts of a Milan revival towards the end of the penultimate quarter, and what preceded was nothing short of total domination.

Monaco had no response to Milan in the final 10 minutes, who converted with ruthless efficiency at one end and prevented chances at the other. From a position of strength, Obradovic’s men saw the game snatched away as Milan more than tripled their fourth-quarter score (28-9).

Milan ultimately prevailed (79-71), to the disappointment of co-captain Yakuba Ouattara. “It is a match that we had in our own hands. There is a lot of frustration. We poorly managed our lead. We have to finish the year in the best way possible against Kaunas Zalgiris, which is a potential trap. We need to learn from these matches,” he said.

Monaco next face Fos-Sur-Mer in the Betclic Elite on Tuesday, before finishing the year by welcoming Zalgiris in the Euroleague on Thursday.