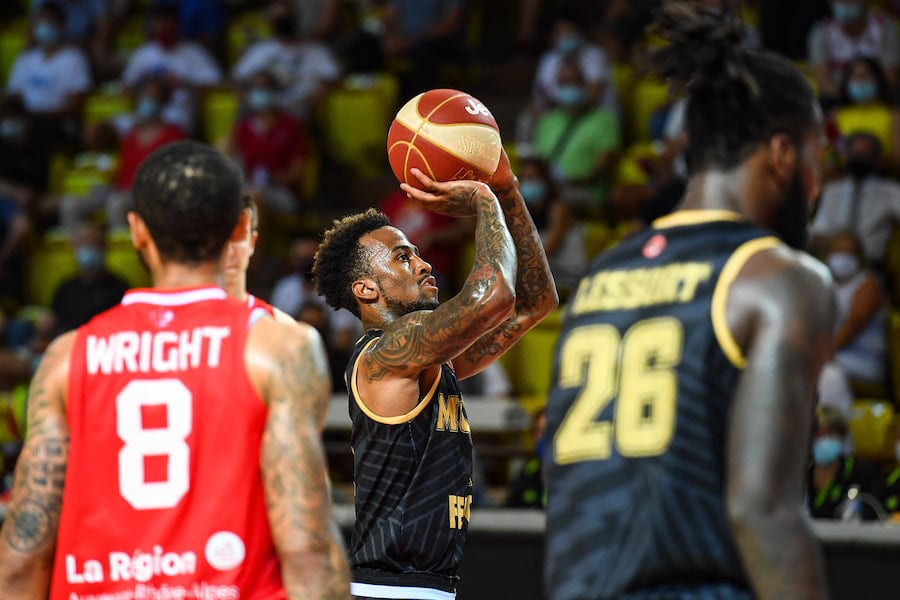 AS Monaco Basketball are heading to the Jeep Elite Final Four after defeating Bourg-en-Bresse at home, topped off by Coach Zvevdan Mitrovic receiving the award for Best Coach of the Season from Prince Albert II.

It was a banner night for ASM Basketball with their win against Bourg-en-Bresse in the Jeep Elite quarterfinals at home at Gaston Médecin in front of 1,000 fans on Monday, including Prince Albert and F1 driver Charles Leclerc.

The 91 to 72 victory will take the team to Dijon for the semi-finals.

Bourg made the opening shot, with former Monaco Player Zack Wright taking the lead. The lead was short lived as Damien Inglis jumped into the fray evening up the score. The first quarter was filled with tit-for-tat as the two teams battled for control. Bourg had the advantage, seeing the quarter end with the score sitting at 19 to 24, but the second quarter was the great equaliser.

Monaco outgunned their opponents 21 points to 15 in the second quarter, sending them into the locker room with a miniscule lead of 40 to 39, but a lead nonetheless.

The second half started with a three-pointer executed beautifully by Abdou N’Doye on a Mathias Lessort rebound. The Roca defence went into overdrive at the same time that the offense picked up steam. They scored a succession of points putting Monaco firmly in the lead by the end of the third quarter, adding 36 points to their score versus only 19 for Bourg.

This hefty lead gave the Roca team just the energy they needed to carry them into the final quarter, where Gaston Médecin exploded with fans singing “We are the Champions” at full blast, and the Roca Girls proudly waving Monaco flags.

The last minute of play had the whole arena on its feet, and when the buzzer sounded marking the end, the room erupted in cheers and clapping.

It was at this point that Prince Albert II took the opportunity to offer the Best Coach of the Season trophy the Coach Zvevdan, who was humbled by the distinction, saying, “My trophy is a great honour and I wish to dedicate it to my players and to my staff, the success of a team cannot be whole without a good organisation behind.”

JJ O’Brien summed it up what the win means to his team saying, “We had a great time sharing with the fans, it gives us a lot of energy. In the Final Four we will still go to win.”

Monaco made 33 shots out of 77 attempts, going eight for 27 in three-point range. They had 39 rebounds, picked up six strays, had 15 assists and stole the ball 15 times.

Marcos Knight was high scorer with 21 points, followed by Fall Faye and Mahalbasić with eleven each.

The Roca team head to Dijon to play on Thursday afternoon in the Jeep Elite Semi-finals. If they win there, it’s onto the championship finals.