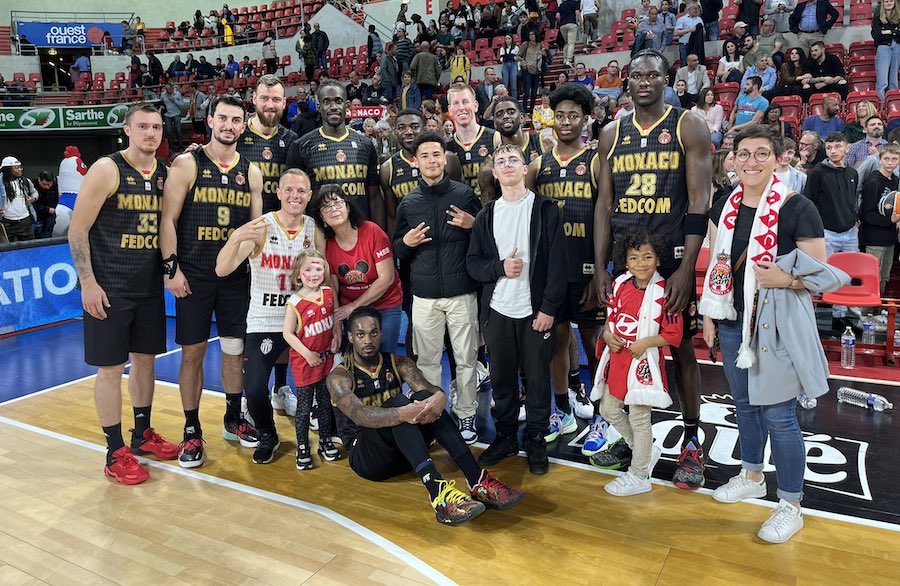 AS Monaco Basketball scraped a victory against Le Mans on Saturday (83-84), as they made their first appearance in the Betclic Elite since their Euroleague exit against Olympiacos on Wednesday.

Focus has well and truly shifted back to the domestic division. The dream of Euroleague glory has been extinguished, but the chances of becoming French champions still remain realistic. Sasa Obradovic’s men have already secured qualification to the end-of-season play-offs; the remaining fixtures are simply about facilitating the kindest possible draw.

Following Sunday’s win, Monaco are second in the Betclic Elite, one win behind leaders Lyon-Villeurbanne, although the former have a game-in-hand.

After their midweek exploits, Donta Hall and Mike James were rested for the Le Mans trip, whilst Alpha Diallo remains sidelined by injury. The hope is that he will be fit and firing by the time the play-offs come around, given how integral Obradovic perceives the young American to be to his game-plan.

Yakuba Outtara, following his strong showing in Greece, propelled Monaco to an ideal start, scoring 12 of the Roca Team’s opening 16 points, as they took a slender first-quarter lead. Le Mans, however, have much more riding on the fixture, their determination to pierce the play-off places gave rise to an energetic performance as Monaco struggled to create openings outside the key, whilst also forcing Obradovic’s men into errors.

Going into the half-time break, Monaco had to come back out and overturn a deficit (40-39). The visitors, however, have the quality and strength-in-depth. Dwayne Bacon and Donatas Motiejunas stepped-up in the third-quarter to allow Monaco to retake the lead.

Monaco could never reel away, and Le Mans gave them a late scare as they retook the lead with under two minutes on the clock. However, the Roca Team had enough to see the game out, a late Le Mans three-pointer brought the gap back down to just one, but it wasn’t enough to force overtime (83-84).

“We showed a lot of character,” said Obradovic post-match. “We fought really well, especially in the second-half when Le Mans went ahead and we had to go and chase the victory.”

“It was an important match to jump back into the French championship and prepare for these play-offs. We want to have the best possible ranking in the table.”

Only three games remain before the end-of-season play-offs, the first of which will take place at the Salle Gaston Medecin against Nanterre on Wednesday. 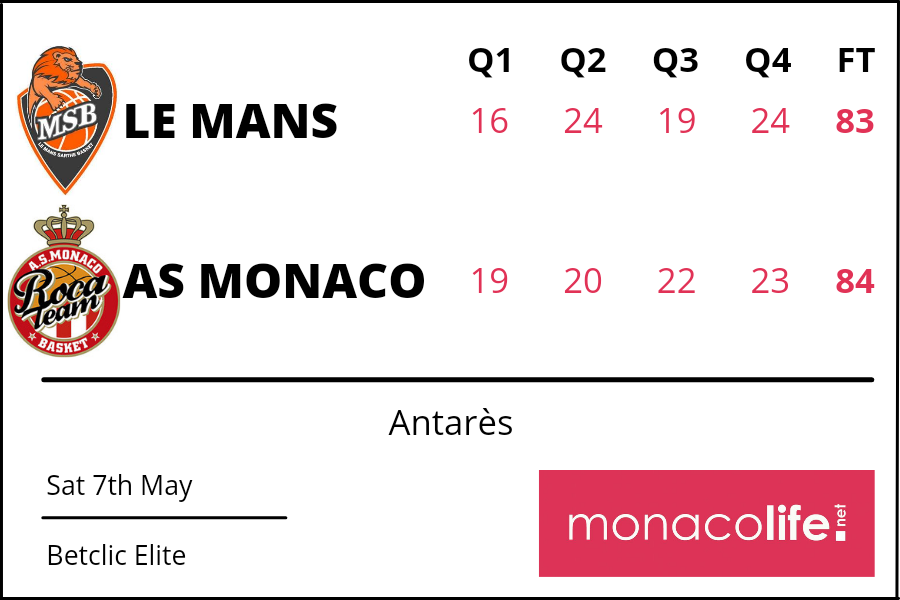 Local News Stephanie Horsman - July 1, 2021
The Principality’s new health passport will be available this Friday, a few days ahead of the scheduled drop date of 5th July.