Roca team on a roll

Roca team on a roll 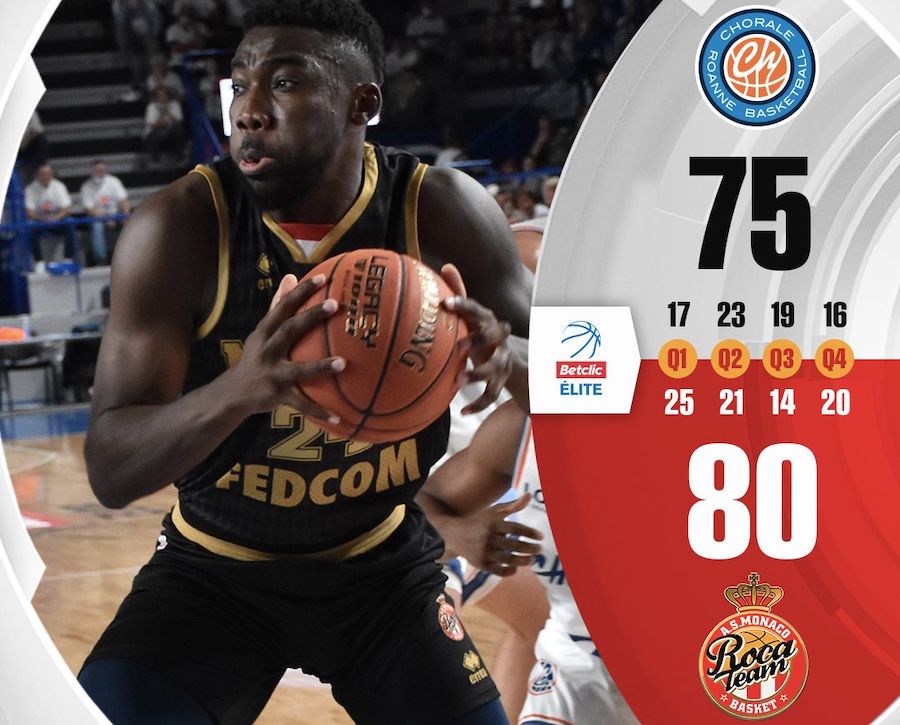 AS Monaco basketball was on the road in Roanne for the first of three away matches, where they came away smelling like roses after an 80 to 75 victory.

The Roca team took on Chorale Roanne Saturday night on their opponent’s home turf in their first Betclic Elite match of the season. The men of Monaco walked away with a 80 to 75 win, making the most of their new roster of players and showing fans they are as strong a team as ever.

Danilo Andjusic opened scoring with a three-pointer, starting a game of cat and mouse where the two teams battled for dominance. It wasn’t until near the end of the quarter that Monaco took a decisive lead, with the last play being a Rob Gray lay-up that left the score at 25 to 17.

The second quarter didn’t start out as auspiciously, as Team Captain Léo Westermann was penalised with an unsportsmanlike foul. Though this didn’t deter Monaco, it certainly rattled them a bit and the lead fell to only four points.

The pace picked up considerably afterward, and Westermann recovered his poise. The team saw beautiful shots made by Brock Motum followed by Rudy Demahis on a pass from Donta Hall and back-to-back scoring by Rob Gray. This put the Roca team up 39 to 21, not letting their opponents score a single point until the spell was broken by Roanne’s Jackson Rowe.

Monaco suffered two more fouls, one a technical by Demahis and another unsportsmanlike one by Westermann, which got him expelled from the game. The end of the half saw the score sit at 46 to 40.

After returning from the locker room, Roanne lit up the court nearly catching up to Monaco, putting on the pressure. By the end of the third, the score was nearly neck and neck at 60 to 59.

This is when Monaco poured it on. The last quarter saw some exciting basketball and with just 30 seconds left on the clock, the score was 77 to 75. Paris Lee gave Monaco another point on a free throw, then Yakuba Outtara made the final score of the match, nailing a three-pointer and ending the game with a score of 80 to 75.

Monaco made 27 out of 65 attempts going five for 21 in three-point range. They collected 46 rebounds, with Boutsiele boasting 11 on his own. They stole the ball nine times, had 16 assists and captured 17 stray balls.

High scorer from the Roca’s was Rob Gray with 21 points, followed by Andjusic with 11 and Paris Lee with nine.

Catch more AS Monaco action on Tuesday for another Betclic Elite match versus the Metropolitans at 8:30pm at the Marcel Cerdan Sports Palace.