Roca Team on a roll!

Roca Team on a roll! 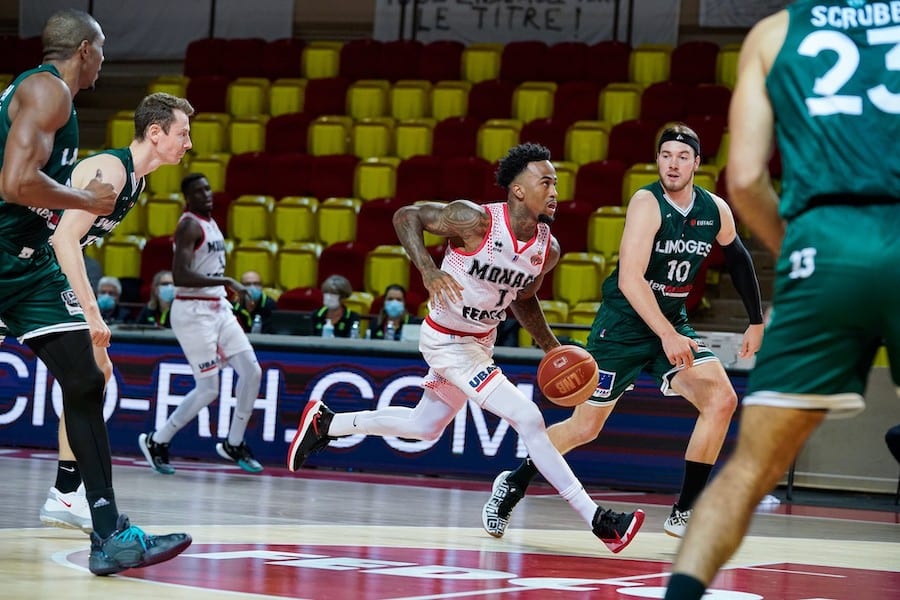 AS Monaco Basketball pummelled Limoges in an impressive 86-59 win at home at Gaston-Médecin Saturday night.

With two successes in a row on their home turf and their third victory in eight days, it seems the Roca team has found its groove as a team once more.

AS Monaco largely dominated from the start and held the line all the way through to the final buzzer.

“People on TV saw some great action, my players played the right game,” said Head Coach Zvezdan Mitrovic. “It’s a meeting that of course wouldn’t have tasted the same in front of a full hall. My team put in the necessary intensity against a Limoges team that I respect. Nikola Rebic? He had not played since March and he is quickly integrating into the collective.”

Monaco’s stats highlight their level of play with the Roca Team converting 34 shots out of 62, 10 out of 28 being three-pointers. They scooped up 27 rebounds, with Will Yeguete taking six on his own. Additionally, there were 21 assists and 12 steals.

Nikola Rebic was Monaco’s high scorer of the match with 15 points, followed by Abdoulaye N’doye and Darral Willis who had 11 points each. Team Captain Dee Bost pulled his weight, too, with 10 points on the night.

Rebic was proud of his team and his contribution and said after the game, “We set the pace from the first minute, we defended, and we played fast. I am happy with this victory which allows us to combine three good results.”