Roca Team one win away from Betclic Elite final

Roca Team one win away from Betclic Elite final 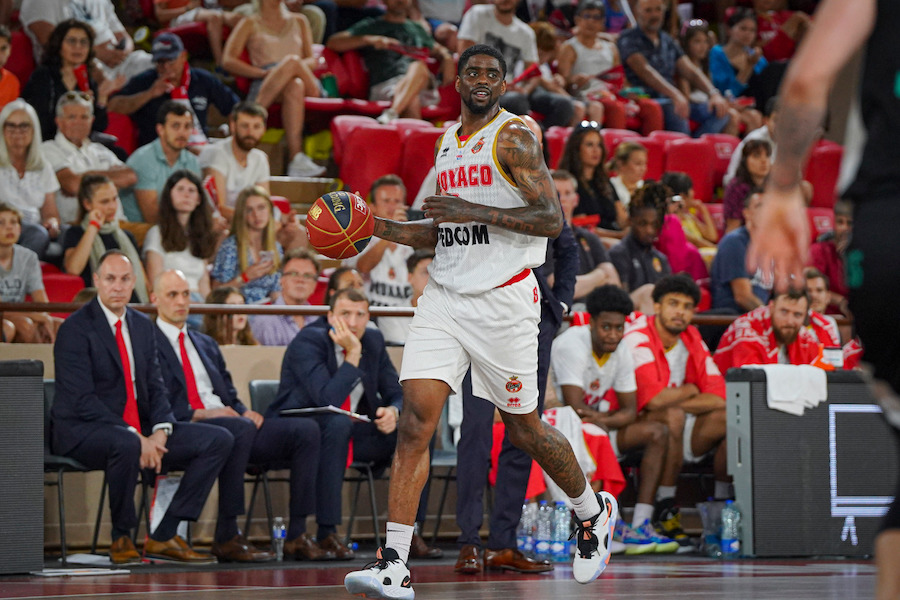 AS Monaco Basketball were made to work for the victory in the dying stages of their Betclic Elite semi-final second-leg against Pau-Lacq-Orthez (79-72), but in triumph, they moved to within a victory of the final.

Yakouba Outtara said after victory in the first-leg that he expected a “reaction” from Pau, but Monaco didn’t allow them to react as they maintained the high levels of intensity and concentration that saw them finish second in the regular season.

Any “reaction” from the away-side on Saturday was a delayed one, as their fourth-quarter comeback was a case of too little too late. 2-0 down in the series Pau now have to win both ties on their home court just to take the series to a decider at the Salle Gaston Médécin.

Based on what has been seen thus far, that is an unlikely scenario. The underdogs haven’t been given a sniff, and Sasa Obradovic’s men will be looking to finish the job in efficient professional style in the third-leg on Tuesday.

Outtara picked up where he left off, as he got the Roca Team off to a scoring start. Nonetheless, Pau managed to stay within touching distance during the first-quarter as some slick passing worked good openings on the edge of the key.

But they simply couldn’t shut Monaco out. Dwayne Bacon, top scorer on the day with 20 points, was unstoppable within the key, whilst Donta Hall was an ever-present menace in the attacking phases.

By the end of the third-quarter, Obradovic’s men had worked a 16-point lead, and although that gap proved too large to breach, Pau did give Monaco a scare by getting within seven-points. Ultimately, however, Monaco finished the job (79-72) and should they approach the third tie with the same level of professionalism, they will surely book their place in the Betclic Elite final.

Obradovic knows that in order to do so, they will likely have to avoid repeating their fourth-quarter collapse. “The most important thing is the victory, but we certainly made the task difficult for ourselves. When we have such a big lead, we can’t let hope creep into the opponent’s game. We have to kill the game as soon as possible,” said the Serbian coach. “We want to finish this series as quickly as possible and give ourselves the maximum resting time before the final.”

Victory on Tuesday will give Monaco the perfect conditions to allow them to finish their incredible season with silverware. 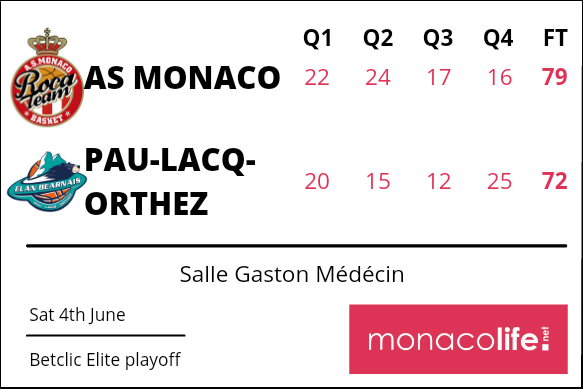