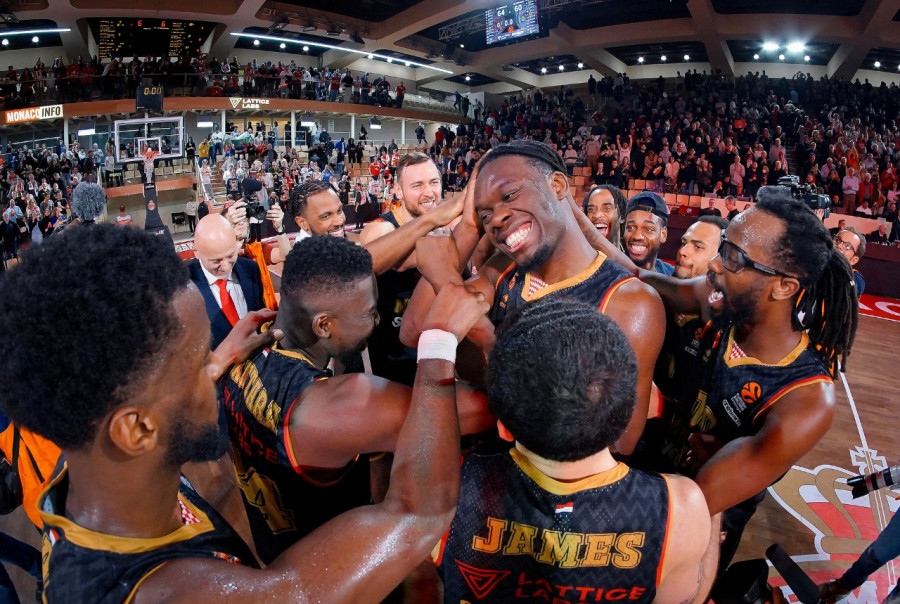 AS Monaco Basketball and Olympiacos have forged an intense rivalry in recent times, and the latest meeting between the pair attested to that, with the Roca Team prevailing (64-60) in an intense atmosphere.

The match, played in front of a large crowd and a strong away following at the Salle Gaston Médecin on Tuesday, got off to the worst possible start for Sasa Obradovic’s side.

His side were all at sea in the opening quarter. Simple passes were missed, chances within the key were at a premium, and the defence lacked aggression. Olympiacos’ tails were up, and all the noise was coming from the away end, who could start to dream of a great exploit on a court that for them represents mixed fortunes.

8-20 down after the first 10 minutes, Monaco had to get the crowd, who had been dampened by the first-quarter onslaught, into the game. And they did. Mike James again displayed his ability to turn a game on its head, making three successful T3s in under a minute to reverse Monaco’s negative trend.

By half-time, the Roca Team were back within striking distance (31-34), and unlike Monaco performances of the past, the side came out of the dressing rooms with the bit their teeth.

Yoan Makoundou, who Obradovic credited with turning the fate of the tie post-match, and captain Yakuba Ouattara helped Monaco reverse the deficit (37-34), leaving Olympiacos on the back foot. Suddenly, the Greek side struggled to match Monaco’s intensity, and errors started to creep into their play, which Monaco duly punished.

The turnaround was epitomised by a sequence of play in which Tarik Black missed a simple dunk under the board and seconds later, Alpha Diallo launched a successful T3 and earned a foul (52-45). However, the game was far from over and nerves began to jangle. Jaron Blossomgame’s profligacy gave Olympiacos the chance to close the gap, only for a Makoundou T3 to kill the Greek side’s momentum.

A late James dunk allowed Monaco to see out the final seconds in serenity, ensuring a result that sees them remain joint-top of the Euroleague. Olympiacos, the table-toppers going into the night, drop to fourth.

These two sides played an epic five-game Euroleague quarter-final last year, and in the words of Obradovic, their latest meeting had the intensity of another play-off clash.

“This was typical of a play-off game with energy and physicality. I think out of all the victories, I am most happy with this one. We had the biggest heart on the court and that is why we won the game,” said Obradovic.

He also went on to praise the spirit within the roster.

“Everyone contributed tonight. Sometimes you have complaints from the bench about minutes and positions, and maybe today for the first time, I didn’t feel it. If you have negative people on the bench, it’s always hard. You could feel how the team gelled,” he said.

The Roca Team will have to carry that positive energy into their next match, with the cauldron of Red Star Belgrade awaiting them on Thursday.