Roca Team prevail in thriller at the Beaublanc 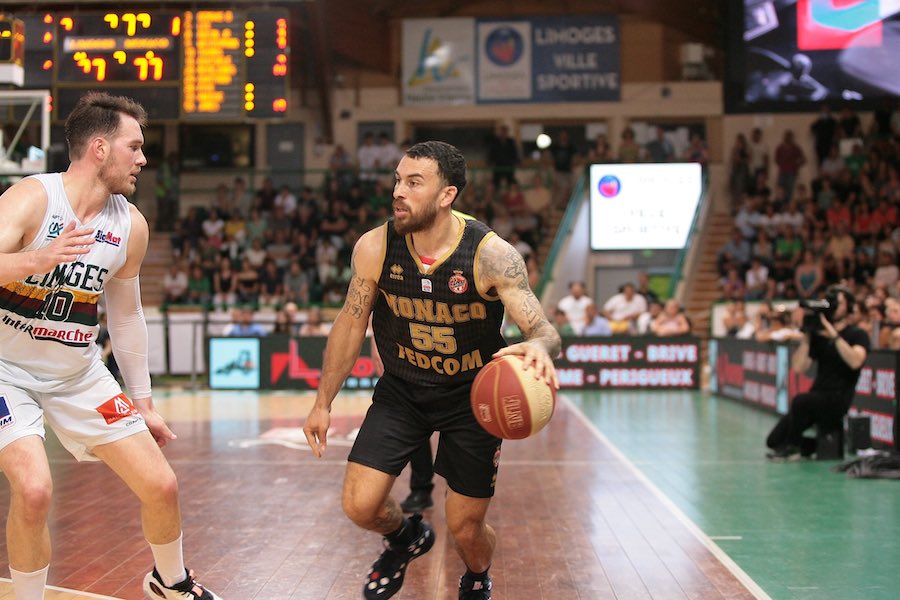 AS Monaco Basketball stole victory at the death against Limoges (88-89) on Saturday in a match that erratically oscillated between the two sides.

The experience of Leo Westermann and Mike James were pivotal in digging Sasa Obradovic’s side out of a hole that they had themselves dug in the third-quarter (31-10). Going into the final-quarter with an 11-point deficit, Monaco took the victory in the dying seconds in improbable circumstances to ensure second-place in the Betclic ELite heading into the final game week of the regular season.

Obradovic fielded a strong starting five and got off to a promising start. James (21 pts) was not only a reliable source of points, but also a source of great creativity as he laid off assists that only he could make.

Although the Roca Team were clearly in control of the match by half-time, Limoges were still in the game and had begun to cut down the deficit (36-46). A tight, tit-for-tat type game was replaced by an incredible fluctuating affair, where momentum switched in dramatic and extreme circumstances.

Limoges were aggressive without the ball and efficient with it as they not only cut the deficit, but constructed a healthy lead in the third-quarter. The Sports Palace of Beaublanc was a cauldron of noise as the home-side ripped through this formidable Monaco team with apparent ease.

Going into the final 10 minutes, Obradovic’s men had to dig deep to drag themselves back into the tie. Up stepped Westermann (16 pts) with some incredible finishing outside the key to eat into the home-side’s advantage.

Having fought back over the course of the quarter, James looked to have launched the killer blow from outside the key with only 30 seconds on the clock (84-88). But Limoges weren’t done there, and a dramatic turn of events game them the chance to steal the victory at the death.

At 87-88, Dwayne Bacon missed two free-throws, before Will Thomas committed a foul giving the home-side a chance to win it with just two seconds left. Horace Spencer converted his first free-throw to level the scores, but what happened next was quite unbelievable.

Spencer not only missed the second, but Hugo Invernizzi fouled Westermann to give the Roca Team two free-throws to win it. Westermann took the first, to give Monaco a one-point advantage, before missing the second. On the buzzer, Limoges launched a three-pointer from deep inside their own half, but it agonisingly struck the rim, before, from Monaco’s point of view, bouncing to safety.

Westermann, the match-winner said post-match, “It was an extraordinary end to the match, for Limoges and for us. We won and today it fell on our side.”

Monaco next travel to Cholet on Tuesday to wrap up the regular season ahead of the play-offs.

Local News Staff Writer - May 28, 2019
Monaco is preparing to host the second edition of the Grimaldi Historic Sites of Monaco, celebrating history and the Grimaldi dynasty.