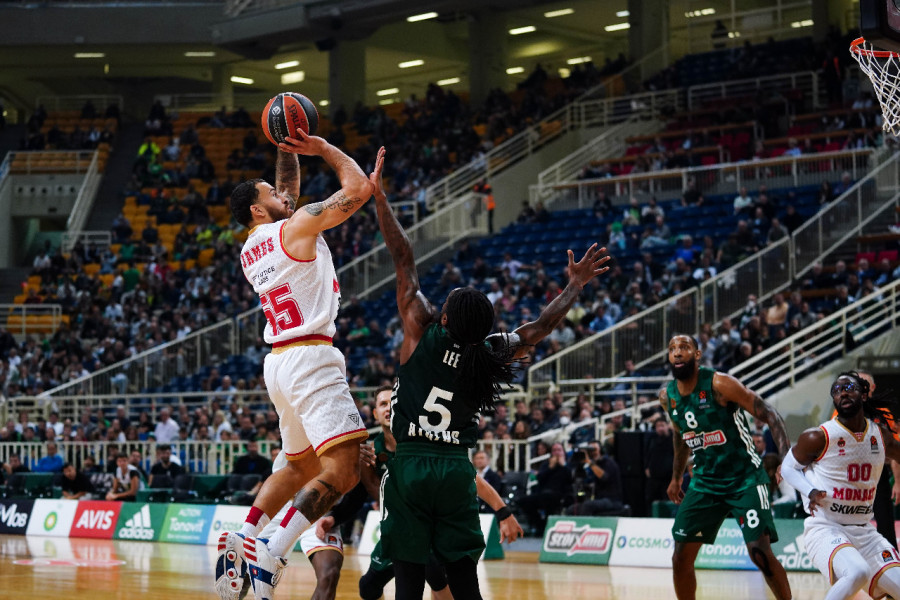 Just as they did in Israel, AS Monaco Basketball let a healthy lead slip against Panathinaikos, but this time, Sasa Obradovic’s men just held on (80-83) to secure a return to winning ways.

The Roca Team were dealt their first blow of the season against Maccabi Tel Aviv in midweek, with a fourth-quarter collapse ending the team’s impressive unbeaten record. Once again on the road on Friday, Monaco were looking to bounce back against Panathinaikos.

Quick out of the blocks, Monaco looked to have wrapped up the victory in the first-quarter. By just the 9th minute, the team had opened up an 18-point lead (29-11), leaving the home side with little prospect of chasing the victory.

However, the Roca Team sometimes cannot kill games, which was once again evident on Friday. Much of their good work was undone in the second-quarter (21-11) as Obradovic’s side relinquished their tight grip on the game.

Throughout the second-half, neither side could construct a lead; it became clear that this game would be decided in ‘money time.’ In such moments, no man is more up to the task than Mike James (27). Monaco’s top scorer on the night, his pinpoint accuracy with shoots and assists proved the difference, as it often does.

Late three-pointers from former Roca Boy Paris Lee and Georgios Kalaitzakis weren’t enough to help Panathinaikos restore parity at the death. Monaco may have complicated the task, but ultimately leave Greece with the victory (80-83).

“This time we managed the game a bit better than we did in Tel Aviv. We’ll take this victory and now we need to move on to the next one. We need to better execute our systems in order to avoid bending to pressure,” said Monaco’s Elie Okobo post-match.

Obradovic’s side now return to the Principality for a Betclic Elite fixture against Bourg-en-Bress on Sunday, before flying back out to Greece to face their old nemesis, Olympiacos, next Thursday.