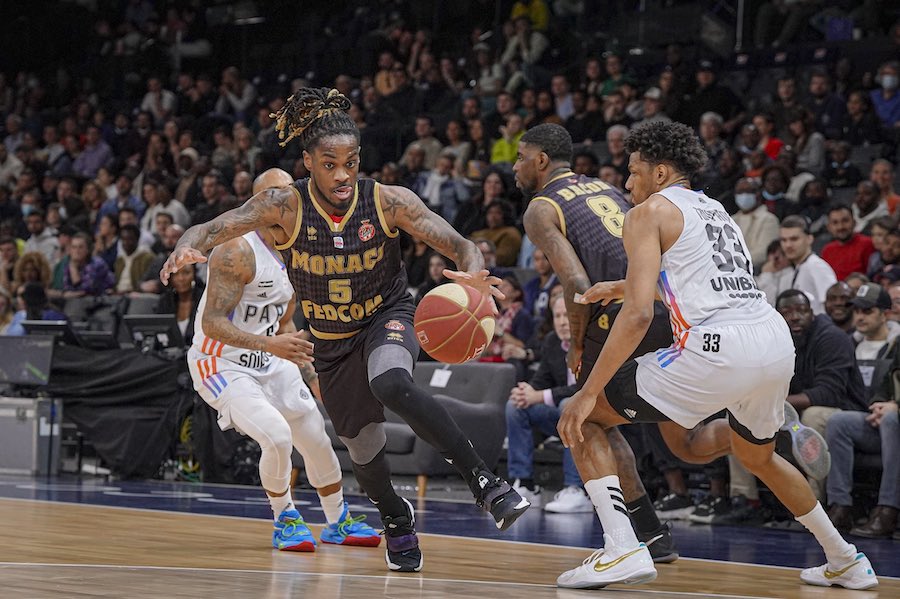 Whilst Monaco’s football team were busy toppling table-toppers PSG at home, their basketball team made an equally successful trip to the French capital, the win (69-76) taking them level with the Betclic leader.

Victory for both the basketball and football sides, along with Charles Leclerc’s win at the F1 curtain-raiser in Bahrain, made it a memorable day in Monaco’s rich sporting history on Sunday. Whereas the Principality has a long, rich heritage in motorsport and footballing, the same couldn’t be said for their basketball team, until recently.

The expectation that the Roca Team would secure the victory is indicative of a side and a sport that is flourishing within the Principality’s borders. Emphatic both within the French league and in the Euroleague, Sasa Obradovic’s men continue to bolster a growing reputation as a competitive, title-winning force across the continent.

The comfortable victory against Paris sees them move level on wins with Betclic Elite league leaders Boulogne-Levallois. Another qualification for the domestic play-offs is surely now an inevitability.

In a game where defences were on top for large parts of the game, it was the contributions of the American trio of Will Thomas (16), Dwayne Bacon (16) and Alpha Diallo (14) that were decisive.

Narrow victories in the opening three-quarters offset a poor end to the match for Obradovic’s side as a late flurry of three-pointers gave the home side late hope of causing an upset in front of a fervent crowd of over 8,500.

In securing victory, Monaco have now won five on-the-bounce and nine in the last 10. As captain Leo Westermann pointed out post-match, the fixture is only the first of four matches in just six days. “Today we expected a difficult match, the first of a long week,” he said. “We had to manage it well and we knew what we had to do.”

In a crucial week of basketball in the Principality, Monaco hosts Olympiacos (Wednesday) and Baskonia (Friday) in the Euroleague, as well as Bourg-en-Bresse (Saturday) in a French Basketball Cup quarter-final.

Tinkering on the edge of play-off qualification in the Euroleague with only four matches remaining, Wednesday’s and Friday’s matches will be particularly decisive in the course of Monaco’s season. 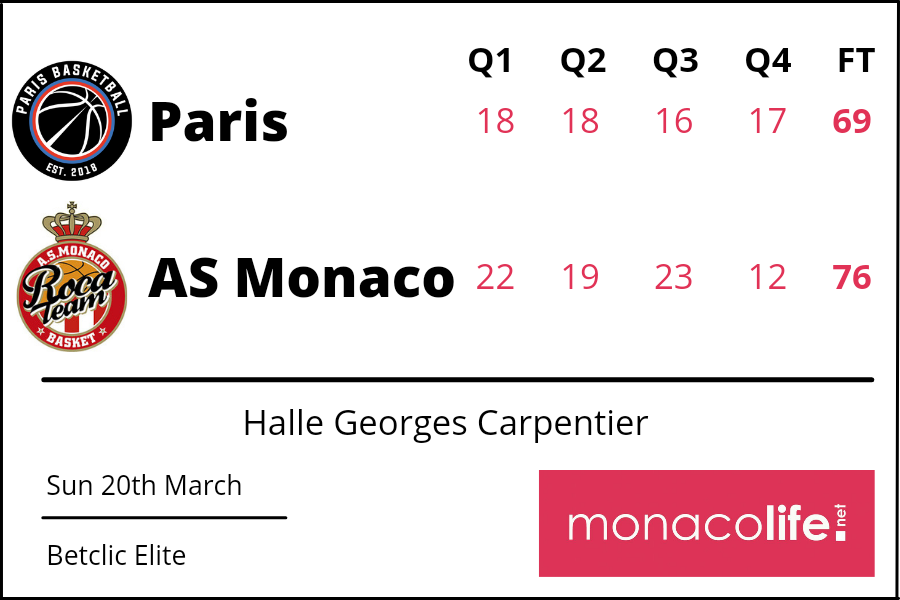