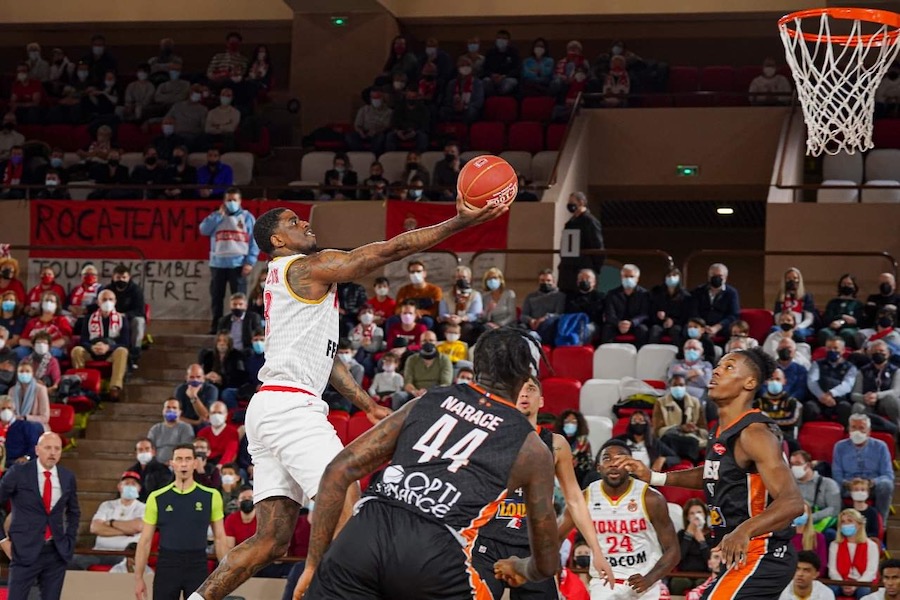 A routine victory against Le Mans in the French Basketball Cup (92-76) on Wednesday saw AS Monaco Basketball progress to the quarters, whilst arresting their recent slide in form.

Following defeats to Zalgiris in the Euroleague and Lyon-Villeurbanne in the Betclic Elite, Sasa Obradovic rang the changes. Key players such as Mike James and Donatas Motiejunas failed to even make the squad.

In their absence it was Donta Hall who stepped up with the match-winning performance. His contribution to both the offensive and defensive phases (15 points and 16 rebounds) was pivotal to Monaco’s progression. Brock Motum, meanwhile, finished as the top scorer (18), his 67% accuracy from outside the key from six attempts the main source of the Australian’s points.

Following a tight first-quarter (17-17), the Roca Team were too strong for Le Mans in the second. An exhibition of attacking fluidity yielded 34 points, dealing a fatal blow to the away side’s chances of qualifying for the next round.

Monaco only needed to maintain the gap in the second-half, and a solid defensive performance ensured that Le Mans weren’t handed a route back into the tie, Paris Lee particularly aggressive in his defending.

Post-match, Obradovic was complimentary of his side’s overall performance, whilst singling out the MVP for praise. “In terms of energy, everyone turned up today. Donta Hall is one of our key players and it’s good to see him at this level.”

The Serbian coach also expressed his gratitude towards the home fans. “There was a good atmosphere in the court, and all of our players were encouraged right until the end.”

Monaco next face a trip to Gravelines-Dunkerque on Saturday, before welcoming Russian side Unics to the Salle Gaston Medecin on Tuesday 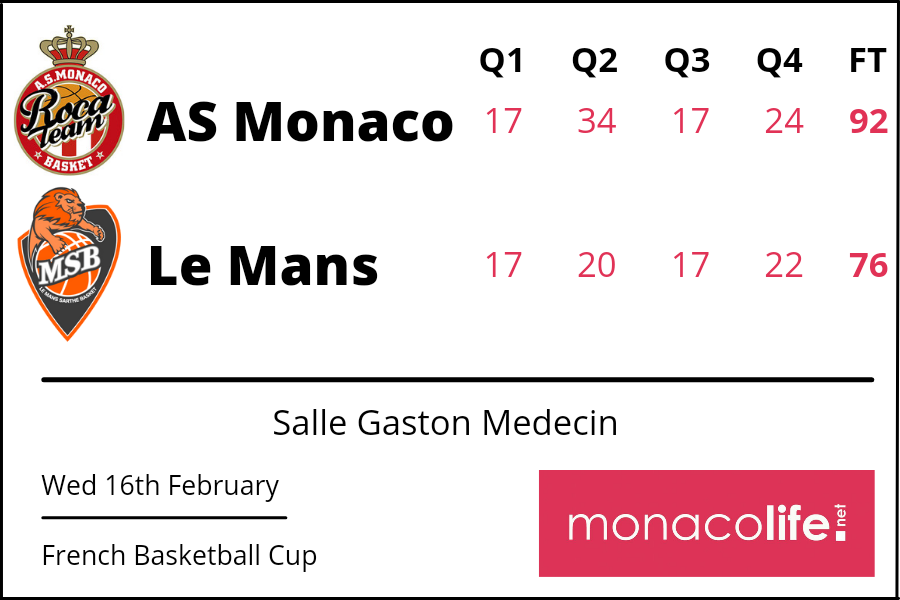