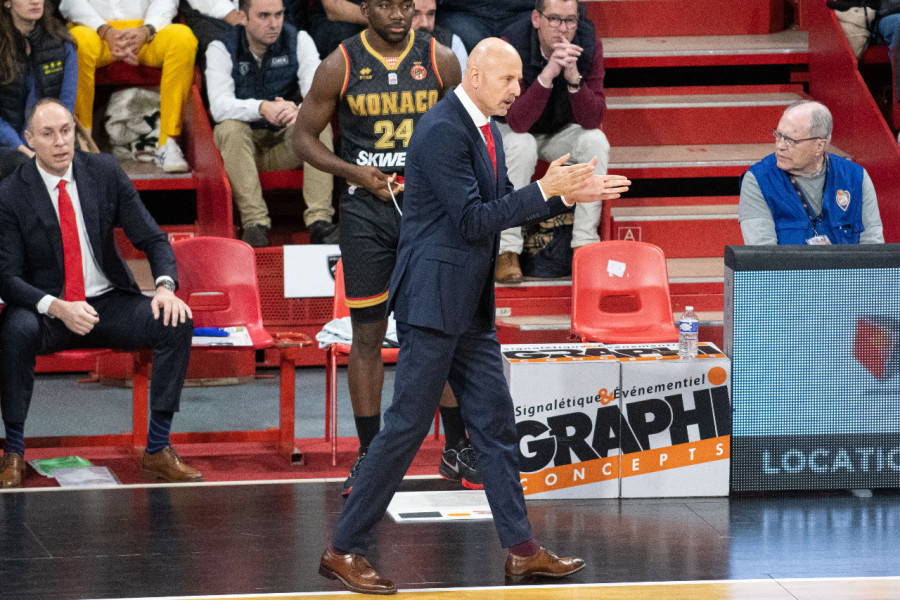 AS Monaco Basketball dominated from start to finish to sweep Le Mans aside on Tuesday, as Sasa Obradovic’s side returned to winning ways in the Betclic Elite.

Monaco had lost their last two home games in the domestic championship, but a win on Tuesday 29th November firmly consolidated their spot in the play-off places. The bounce back from surprising defeats to Dijon and Limoges is timely, as fierce rivals Lyon-Villeurbanne await them in the Betclic Elite on Thursday 1st December.

Obradovic’s men made the break early, and in a display of excellent game management, they never let their opponents back in the game, successfully stepping on the accelerator whenever they were required to.

Adrien Moerman played a pivotal role in the match’s opening stages, executing all three of his T3 attempts to help Monaco into a comfortable lead (41-26). Youngster Matthew Strazel also made his presence on the court felt, as his points contribution grew the lead to an unassailable 18 points (44-26).

A comfortable nine-point victory (90-81) gets Monaco’s championship campaign back on track and provides positive momentum heading into a tricky December period.