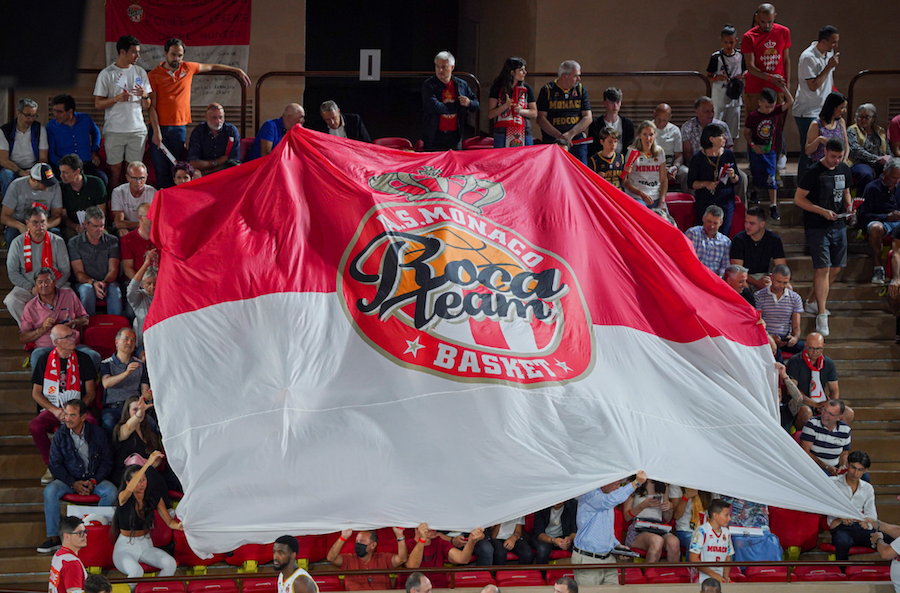 Following victory in the third match of the series, which put the Roca Team within one win of a maiden Betclic Elite title, Dwayne Bacon told Monaco Life, “We’ve got to keep coming out and landing the first punch, because if they get the lead, it can be a really bad game for us.”

Bacon’s hypothetical, nightmare scenario came true on Wednesday night, as Monaco were blown away in the opening quarter (9-22). Thereafter the home side were left chasing the tie, but Asvel, who beat Sasa Obradovic’s Roca Team in the 2019 final, kept their opposition at arm’s length.

Only the formidable Mike James, comfortably the highest points scorer on the night with 34, prevented a more emphatic score line.

“I don’t really understand. We have shown two completely different sides in the space of two matches. We have a plan and we speak together. We can make errors, but tonight we lacked cohesion. Our game plan was clear, but it wasn’t followed by the players,” said Obradovic post-match.

Few positives can be taken from the encounter, but their fourth quarter performance (29-22) was one of them. Struggling for creative fluency throughout the night, Monaco, led by James, redounded their touch in the final 10 minutes.

Although it was too late to rescue the match, it does however provide a blueprint of how to approach the final match at the Astroballe on Saturday, which will decide the tie and the title.

“We have to prepare for this final tie by asking ourselves what we can all bring collectively. We have to put this match behind us and move forward,” concluded Obradovic.

Monaco lost the 2019 title to the same opponent in the fifth match. To avoid the same fate, they will have to show the same spirit that they showed in matches one and three of this series to upset the French giants on their home court. Everything is still to play for going into this all-or-nothing tie.