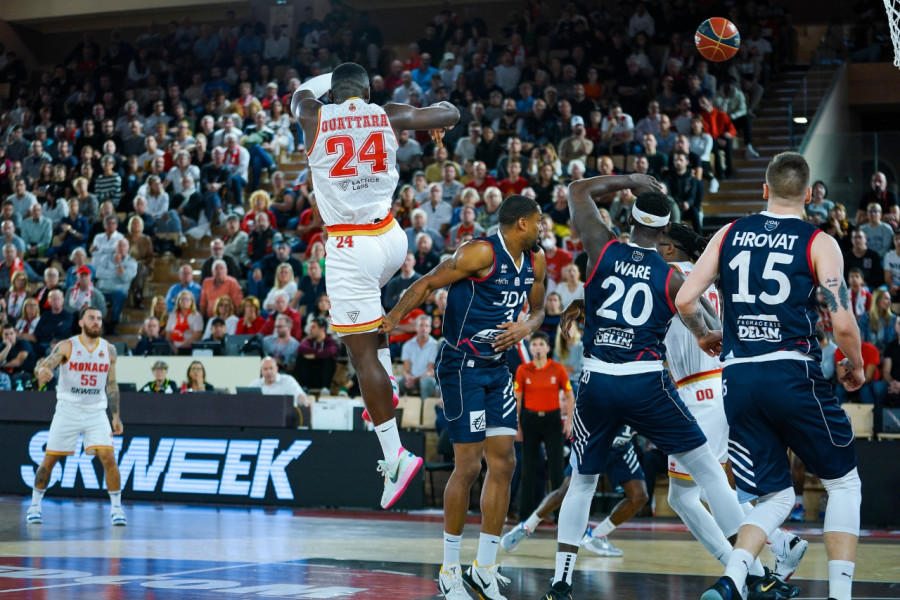 AS Monaco Basketball’s seven-game winning run in the Betclic Elite ended at the hands of Dijon on Sunday (84-95), although Sasa Obradovic’s side remain top of the table.

Post-match, Obradovic was highly critical of his side’s performance, which he described as “unacceptable.” The Roca Team were in difficulty in the defensive phases from the first minute, conceding 26 points in the first quarter alone in a performance that lacked intensity from the Monégasques.

Monaco had under 48 hours to prepare for the tie, having wrapped up victory against Red Star Belgrade at the Salle Gaston Médecin late on Friday night. But those attending Sunday’s game in the Principality saw a different side to the Roca Team, not in a positive sense.

Mike James (20) featured in the heavily rotated team, finishing as Monaco’s joint-top scorer on the day, Yakuba Outtara (20). However, their points-scoring efforts weren’t sufficient as Monaco couldn’t stop bleeding points at the other end.

Monaco managed to close the gap to Dijon on multiple occasions before the underdogs finally pulled away at the end (84-95). “For sure, the time was limited to prepare for this match against Dijon. But that isn’t an excuse, and what I saw wasn’t acceptable. We have to learn from this defeat, and take those lessons into the future,” said Obradovic.

Monaco now have nearly a full week to prepare for their next match, which takes place in Valencia on Friday, with the Euroleague top spot within the Roca Team’s grasp.