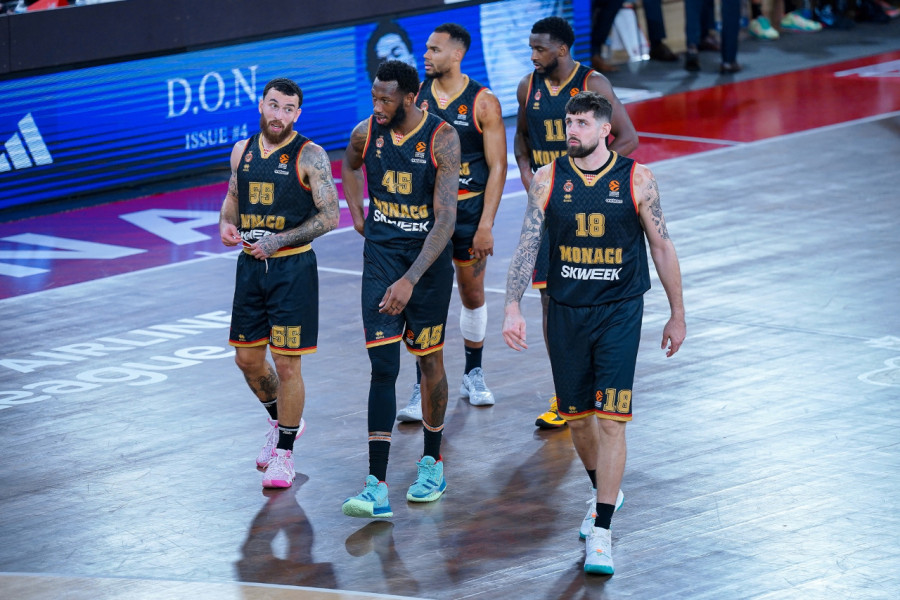 Barcelona successfully contained Mike James and the Roca Team (63-69) on Wednesday night to end the Principality team’s run and overtake them in the Euroleague standings.

Despite the defeat, AS Monaco Basketball remain within the play-off places and still just one win off top spot, currently occupied by Fenerbahçe, who have 10 wins in 13 matches this season.

Whilst this is a Monaco team with more depth and talent this season, James (16 points) is still the main man, and if he can be muzzled, the whole team can potentially be contained. That was seemingly part of Barcelona’s game plan, and it was executed to perfection.

Defences reigned for large periods, with the Roca Team failing to find any attacking flow. Sasa Obradovic’s men were outscored in the first two quarters, meaning they headed into the dressing rooms with a not-insurmountable five-point deficit. But Barcelona, who came into the fixture off the back of a victory against Asvel, hit the accelerator on the return from the lockers, and Monaco couldn’t keep up.

Going into the final 10 minutes, Monaco had a 15-point gap to close, and they began well with Donta Hall scoring four consecutive points. Ultimately, however, it wasn’t enough, and despite eating into their lead considerably, Barcelona prevailed by a healthy six-point margin (63-69).

“We came up against a very aggressive defence and that put us in difficulty. They pressed our forward line hard and we couldn’t find the solutions. We had to share the ball more, but we lacked many little things,” said Obradovic post-match.

Monaco’s side has the chance to quickly bounce back, with Alba Berlin visiting the Salle Gaston Médecin on Friday night.