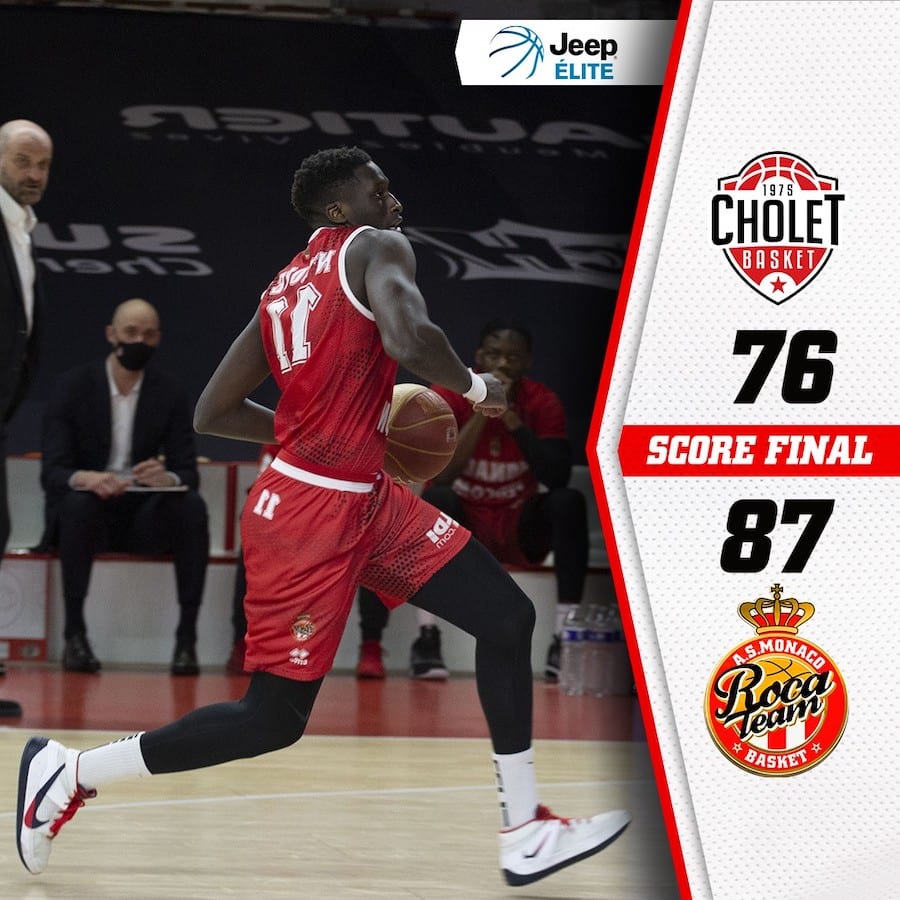 AS Monaco Basketball have continued their winning streak in the Jeep Elite with a victory over Cholet Basket 87 to 76 on Saturday.

The Roca team had their work cut out for them Saturday night when they faced off against Cholet Basket on their home turf. The game did not start out so well for the red and whites, despite Matthias Lessort scoring the first points. Monaco trailed the entire first quarter and it wasn’t until early in the second quarter that Damien Inglis made the shot that finally put them in lead.

From here Monaco went off like a roman candle. The second quarter saw the Roca boys take the lead and they never let it go from there. There were moments where the score tightened up but Monaco had total control and kept up the pressure.

“Overall, we can talk about a good game, even if Cholet lacked rhythm,” said Coach Mitrovic after the game. “We showed good defensive streaks and rebound control. The players were serious, although we probably missed a little too many open shots. It is important to remain leaders and to keep a good pace in view of the deadlines that lie ahead.”

AS Monaco made 30 out of 68 shots, with nine from three-point range out of 28. They picked up a huge 41 rebounds, nine from Lessort. The team made eight steals, 14 stray ball pick-ups and 19 assists, of which Dee Bost and Branden Frazier had five apiece.

High scorers on the night were Captain Dee Bost, again tied with Frazier at 13 points each. Marcos Knight and Matthias Lessort were just off that mark with 12 apiece. Will Yeguette and JJ O’Brien each scored 10 points. This fairly even spread showed what a team effort the night truly was.

The Roca team return on Tuesday for a big quarter-finals match against Buducnost Podgorica in the Euro Cup 7 finals where they have home court advantage.

Monaco Life with AS Monaco Basketball press release, photo by AS Monaco basketball