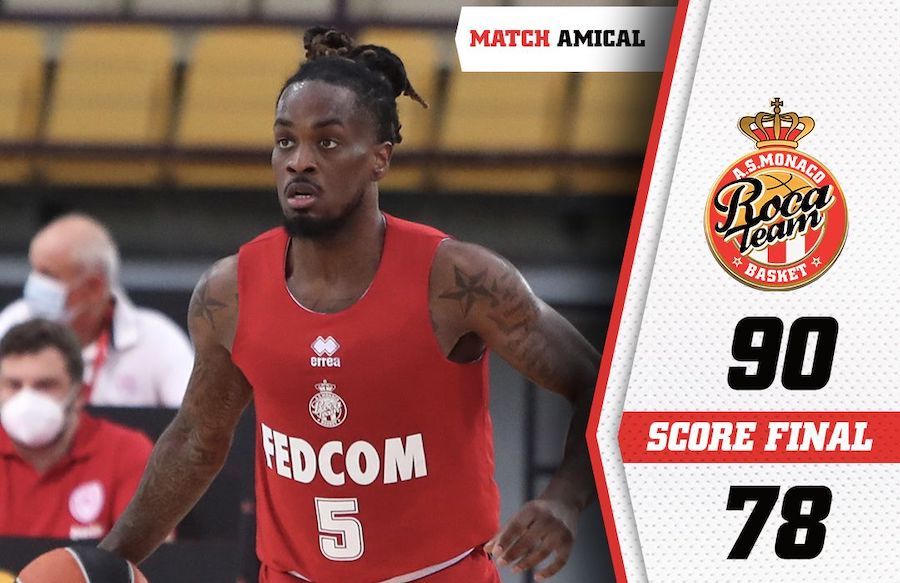 AS Monaco Basketball, playing in Athens for the Bwin Tournament Against Covid-19, had a last-minute substation for opponents, but were clearly up for the challenge, beating Peristeri 90 to 78.

When the Roca team arrived in Athens to play a friendly match, they had thought they would be up against Maccabi-TelAviv, but due to the Israeli team’s withdrawal, ironically due to Covid, they ended up in a game against local faves Peristeri.

The game saw the debut of two new players to the AS Monaco roster, Jerry Boutsiele and Brock Motum, though they were forced to play with Rob Gray and Léo Westermann who are both out with injuries.

The injuries allowed newbie Alpha Diallo to be part of the starting line-up and it turns out he was a fantastic choice. Almost immediately he intercepted the ball and converted it into a points-making slam dunk. This was soon followed up by three long-distance beauties from Motum, Yak Ouattara and Danilo Andjusic.

The Greeks were no slouches though and kept pace, ending the first quarter only one point behind Monaco at 23 to 22.

This spurred on the Roca team who used their fire to pull way so that by the halftime break they were comfortably ahead 53 to 40.

Peristeri picked up the pace after returning from the locker room, and whilst never surpassing Monaco, they pulled closer to even at several points during the second half, notably with only three minutes left on the clock where they came within one point of the Roca team.

In the end, AS Monaco pulled off the win, 90 to 78, taking them to the final round of the tournament where they will face off against Olympiakos Monday night at 7:30pm.

“This is only our second friendly match, and our first victory,” said Coach Zvezdan Mitrovic. “It’s a little too early to analyse this meeting but there have been efforts on the part of the players. We had good times, but also bad times during this game.”

Monaco made 28 shots out of 58 attempts, with seven out of 21 in three-point range. They had 20 assists, made six steals and picked up 15 stray balls. Andjusic was high scorer with 23 points, followed by Diallo with 19.