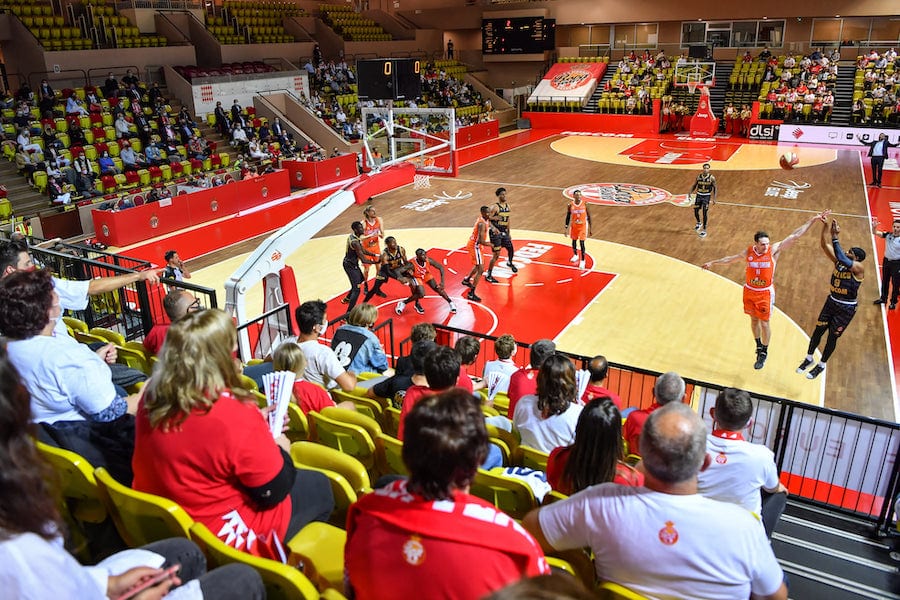 For the first time since October 2020, fans were allowed in to the Salle Gaston Médecin to support AS Monaco Basketball, where they handily won against Le Mans 75 to 52.

Smiles on faces, clapping hands and cheers for the teams punctuated the first night back for 800 fans of AS Monaco Basketball on Thursday night when they played against a determined Le Mans team, winning their fifth straight game.

“A big thank you to the fans for the warmth and support they gave us,” Team Captain Dee Bost said after the game. “They gave us extra energy for the end of the season. We must not make a wrong step, but we have a group that can do it.”

Mathias Lessort scored the first points of the game, followed by a beautiful three-pointer by JJ O’Brien. It was a nice way to start, and it just got better from there.

There wasn’t a quarter where the Roca team didn’t outscore their opponents. The first quarter ended with 26 points to 20, the second they made 19 points to Le Mans’ 10, in the third, it was 19 to 15 and in the final quarter Monaco had 11 points and Le Mans seven.

The Roca cheerleading girls were also back, adding a bit more fun to the party atmosphere, and at the end of the first quarter, We are the Champions by Queen was played to celebrate the Roca team’s Euro Cup title.

“It was a great time to be able to find our fans,” said Coach Zvezdan Mitrovic. “They gave us energy. We needed to share with them. It was difficult for Le Mans tonight, with a small roster. We have to manage this end of the championship with very close matches and defend our first place. The team is behaving very well, the group is making every effort.”

AS Monaco made 28 shots out of 65, with six for 25 of those being three-pointers. The team had an enormous 42 rebounds, with Damien Inglis claiming 12 of his own. They recovered 16 stray balls, had 16 assists and stole the ball 18 times.

Captain Bost was high-scorer with 14 points on the night, followed by Lessort and Fall Faye who clocked up 11 each.

The Roca team are back on the court Tuesday 1st June where they travel to Chalons-Reims.