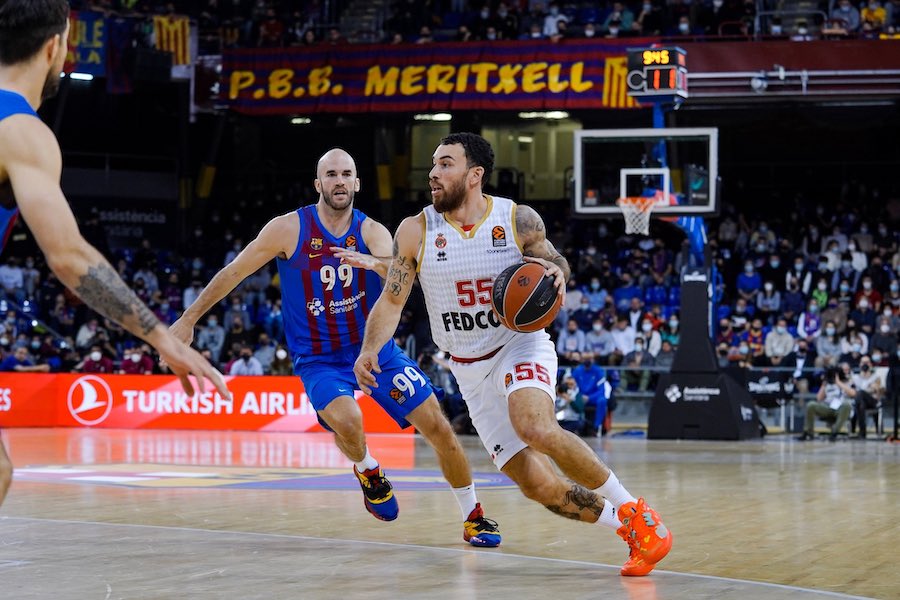 A valiant AS Monaco performance ended in disappointment as a late Barcelona rally was enough to snatch the victory (88-83), leaving the Roca Team’s play-off hopes hanging in the balance.

Sasa Obradovic will nonetheless be buoyed by another positive showing on Thursday against another of the Euroleague big-hitters, alluding to the possibility of European basketball next season.

Monaco’s chances of achieving this objective have been simultaneously helped and hindered by the ban on Russian teams from the European division, which came into effect this week.

On the one hand, Monaco’s four victories from five against the Russian sides have been annulled. On the other, Unics Kazan, in front of whom Monaco had to finish in order to contest in the Euroleague, have, for now at least, been expelled from the competition. Finishing in the top 8 is now all that is required to qualify for the Euroleague next season.

Although ultimately succumbing to defeat, the match against Barcelona adds to a growing body of evidence that suggests that Monaco are finding themselves more and more at home at this level.

Monaco matched the Catalan giants toe-to-toe for large periods of the match, notably in a tightly-contested first-quarter (20-20).

Although Barcelona grew a slender lead in the second, which was quickly concretised in a blistering start to the third-quarter, Monaco remained unperturbed.

From the depths of almost certain defeat, Monaco summoned a stunning comeback, not only wiping out the 16-point deficit, but even taking the lead in the fourth-quarter.

Barcelona reacted in a way befitting of a side that sit pretty at the top of the Euroleague standings. Monaco were not willing to roll over, however, and having restored parity, both sides matched each other blow-for-blow.

The superior experience of the home-side would count, an exhibition of fluid attacking basketball providing a snapshot of the levels that Monaco must reach if they are to challenge for European titles.

A sumptuous Mike James (19pts) three-pointer gave Monaco late hope, but it was the Spanish side that prevailed on a night (88-83).

For Obradovic, the defeat was bitter-sweet. “We had a chance. Maybe it was a lack of experience at the end. Overall though we played very well. We have a lot of talent in this side, and we can quickly and easily get ourselves in a position to change the game in our direction.”

That ability to switch games on their head must now be applied on a macro-level, as Monaco look to return to winning ways against Bourg-en-Bresse on Saturday. 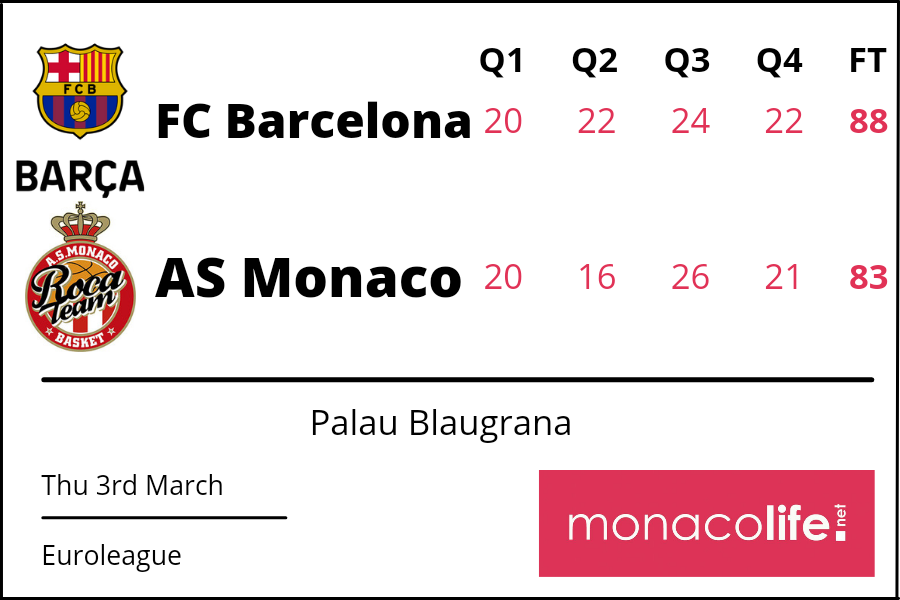