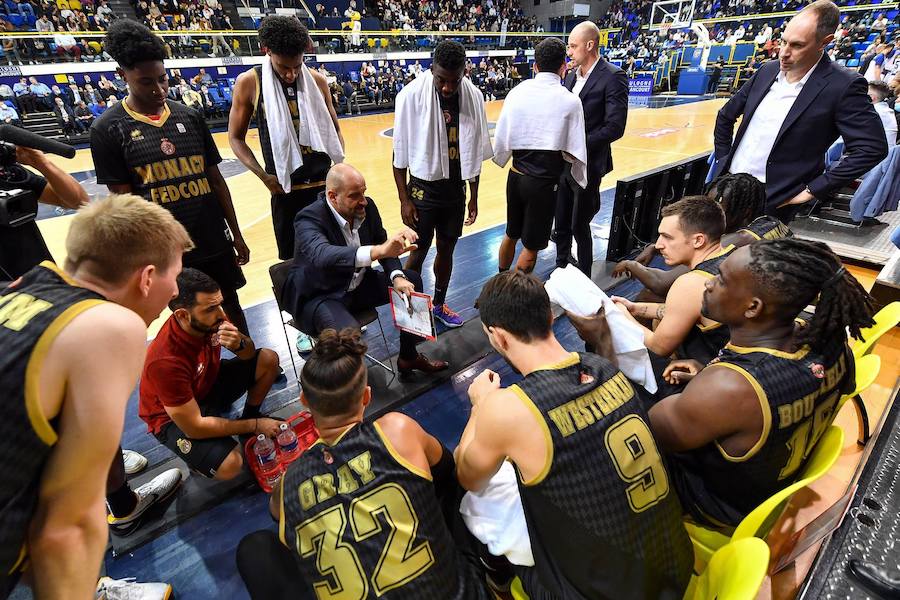 AS Monaco suffered a big loss against Boulogne-Levalllois’s Metropolitans in the second match of this season’s Betclic Elite games, plunging them to 12th place in the standings with an 81 to 108 final score.

The Roca team, on the road for the second of three straight away games, was crushed by the Metropolitans of Boulogne-Levalllois at the Palais des Sports Marcel-Cerdan on Monday night 81 to 108.

This heavy loss may be partly due to Coach Zvezdan Mitrovic’s decision not to play Will Thomas, Donta Hall, and Paris Lee, but mostly, it came down to the Metros playing more aggressive basketball.

The opponents opened scoring and it just went downhill from there. Monaco spent the entirety of the game behind the eight ball, ending the first quarter a full 12 points down. By half time, the Roca’s had conceded a whopping 59 points, going into the locker room 17 points behind,

The second half didn’t see huge improvements, despite some fantastic plays by the team. Their offense simply didn’t gel the way it should have and it showed their weaknesses in technicolour.

Monaco made 29 shots out of 59 going five for 19 in three-point range. They had 26 rebounds with 16 assists. They stole the ball six times and recuperated 16 strays.

Mike James was high scorer with a huge 22 points to his credit. Ibrahima Fall Faye was next up with 12 points, followed by Donatas Motiejunas with 11.

The team faces off against the Kazan Unics for Euroleague action on Friday night in the last of three away games.