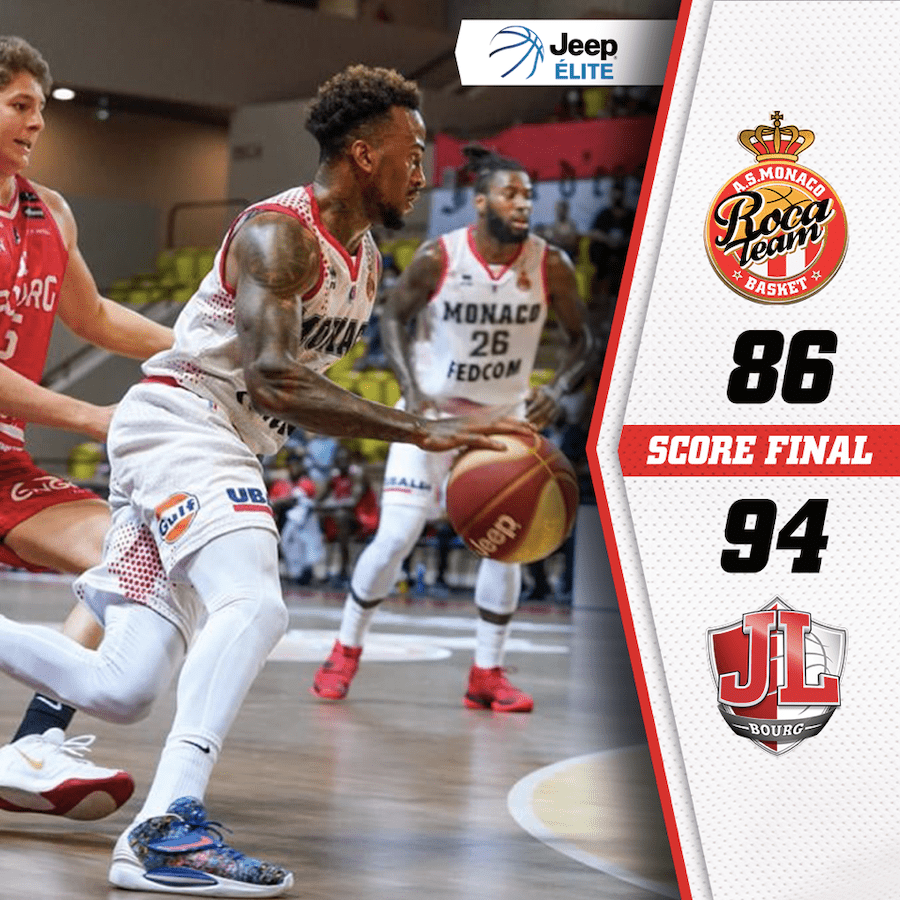 ASM Basketball took a beating on Sunday at home against Bourg-en-Bresse, not only suffering an 86-94 loss, but also falling from the top spot in the Jeep Elite standings.

The Roca team went up against Bourg-en-Bresse at the Salle Gaston Médecin in front of 900 fans, but even the home court advantage couldn’t get them over the line this game.

“I don’t want to make excuses for us, it’s no use. Bourg found more energy,” said ASM centre Mathias Lessort after the match.

Though they did not come out victorious this game, they did fight the good fight and even came back after a 17-point deficit to come within eight points of Bourg.

At the halftime point, Monaco saw themselves in the unusual position of trailing 44 to 55, and things didn’t get much better for them after returning from the locker room. Bourg came out swinging further expanding their lead, which they didn’t relinquish right up until the very end.

“Bourg en Bresse deserved this victory,” ASM Coach Zvezdan Mitrovic said. “The announcement of the LNB (to organize a Final 4 on the 24th and 26th) cut the switch in my team which previously tried to hang on for first place. We’re going to play 16 matches in 38 days, I’ve never seen that in my coaching career.”

Monaco made 29 out of 61 shots, with 12 for 28 in three-point range. They took three rebounds, with Lessort scoring 12 on his own, collected 15 stray balls, made 19 assists and stole the ball seven times.

Co-top scorers were Captain Dee Bost and Marcos Knight, followed by Ibrahima Fall Faye and Brenden Frazier who both had 12 a piece.

As the end of the season nears, AS Monaco is down but nowhere near out as they look forward to quarterfinal rounds in a few weeks that promise to be hugely exciting.

Before then, they must try to regain their mojo and break the losing streak. They will have their chance when they meet Gravelines on Wednesday in yet another away game.