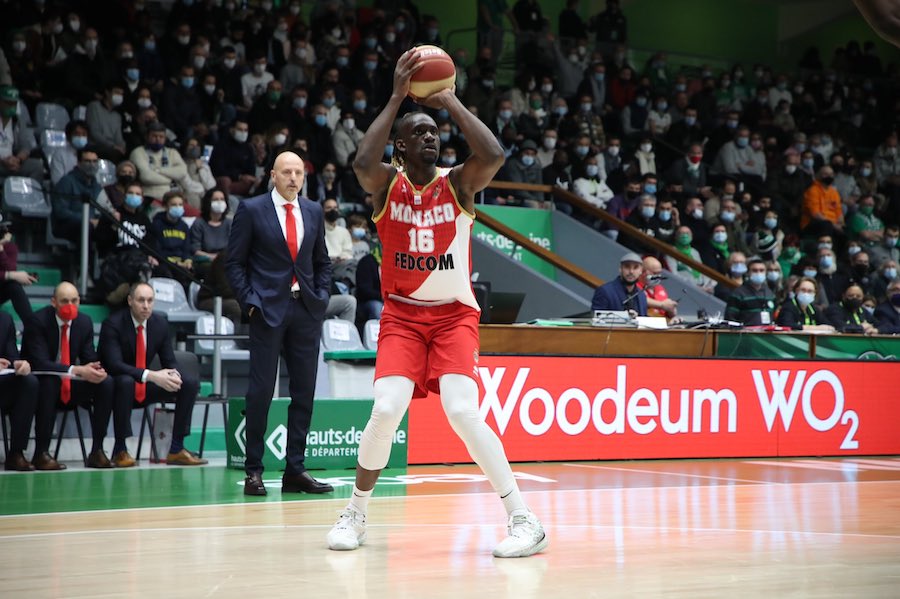 A mid-game slump proved costly for AS Monaco Basketball, as they narrowly lost out to mid-table Nanterre on Saturday, bringing to an end a four-game winning streak.

Sasa Obradovic’s men came into the game high on confidence after a crucial win in Bavaria in mid-week, but their 83 point-haul wasn’t enough to see them over the line this time. The game was lost during the middle two quarters in which a lack of creativity and efficiency in offense proved costly, as the Principality side were limited to just 16 points in each quarter.

Monaco began poorly, but a nine-point run allowed them to quickly turn things around in the first quarter. Ibrahima Fall Faye, scorer of 24 points on the night, was the architect of the side’s early comeback, as ASM finished the quarter with a slender five-point advantage.

Monaco came out for the second quarter engaged, and Fall Faye continued to wreak havoc in the Nanterre defence. The match was ultimately decided in a shambolic 15 minutes for Monaco in which they conceded their advantage and allowed Nanterre to construct a lead of their own.

The third-quarter was particularly damaging. Monaco struggled to consistently create openings, whilst Nanterre converted a flurry of three-pointers.

Monaco managed to close the gap on the Parisian side in the final quarter, but it wasn’t enough to overturn the deficit and come away with the victory. The result sees them maintain their second-place standing in the Betclic Elite, although Le Mans and Strasbourg could go level with the Principality side if they win their games in hand. <

Monaco next play Lyon-Villeurbanne in the rescheduled Euroleague match on Tuesday, where a win is vital for Obradovic’s men if they want to keep their hopes alive in the competition. 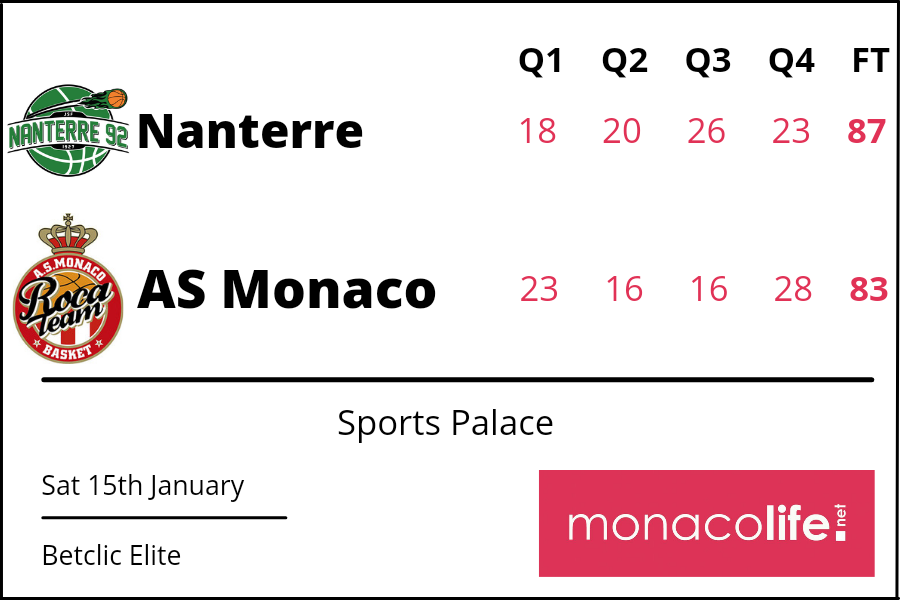