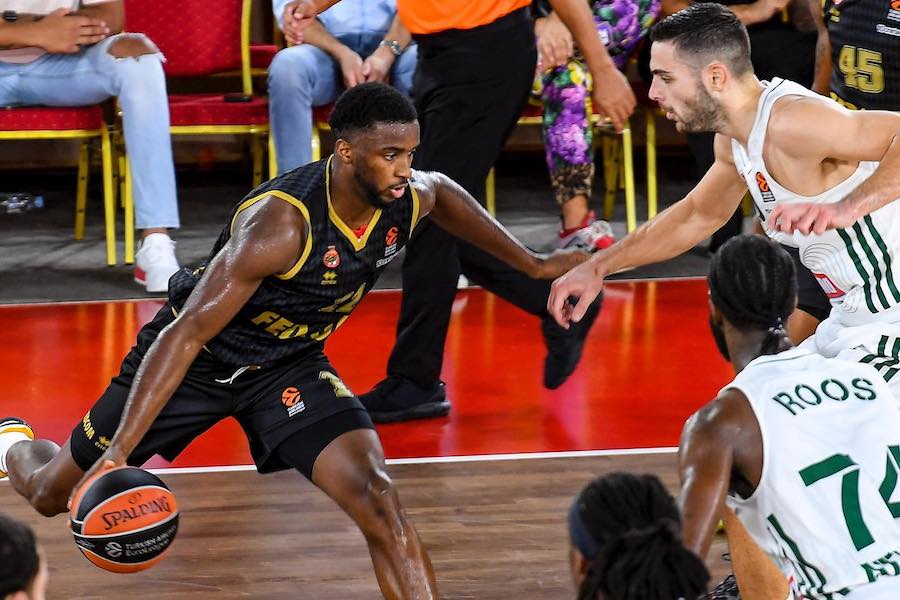 AS Monaco Basketball were on fire in their first Euroleague home match at Salle Gaston Médecin against the men of Panathinaikos, whom they dominated 75 to 63.

A better start to the Euroleague season could not be imagined for the Roca team. They were on their home turf on Thursday with fans in attendance and a roster of top-flight talent on the court.

This translated well for the team, who started off the match with the first points being scored by American sensation Mike James in a dunk followed by a massive three-pointer. By the end of the first quarter, Monaco were in the lead 22 to 15.

The second quarter started off just as well with a beautiful three-pointer from Will Thomas followed by Danilo Andjusic, earning two more points on free throws. The quarter ended with a Mike James rebound ending the first half with a Monaco lead of 38 to 28.

The second half saw some amazing basketball played, including a cooperative alley oop between Andjusic and Donta Hall, successful free throws by Léo Westermann, and more Andjusic three-pointers. The final minutes saw the crowds on their feet cheering on their team who handily win the match 75 to 63.

“There was a lot of excitement before the game,” said Coach Zvezdan Mitrovic. “It was Panathinaikos, a legendary team. My players responded in the best possible way. My staff had done a lot of work up front to analyse the Pana game. Defensively, the work has been really good. The key word is that we never panicked. We have to continue like this, the season is going to be very long.”

Monaco made 27 shots out of 63 attempts, going nine for 21 in three-point range. They captured 39 rebounds, with Mike James having six of his own, stole the ball seven times, had 18 assists and recovered seven stray balls.

Andjusic was high scorer with 17 points, James was next up with 11 and Paris Lee, Donatas Motiejūnas and Donta Hall all scored ten apiece.

The team returns on 2nd October when they play Chorale Roanne in Betclic Elite action away.