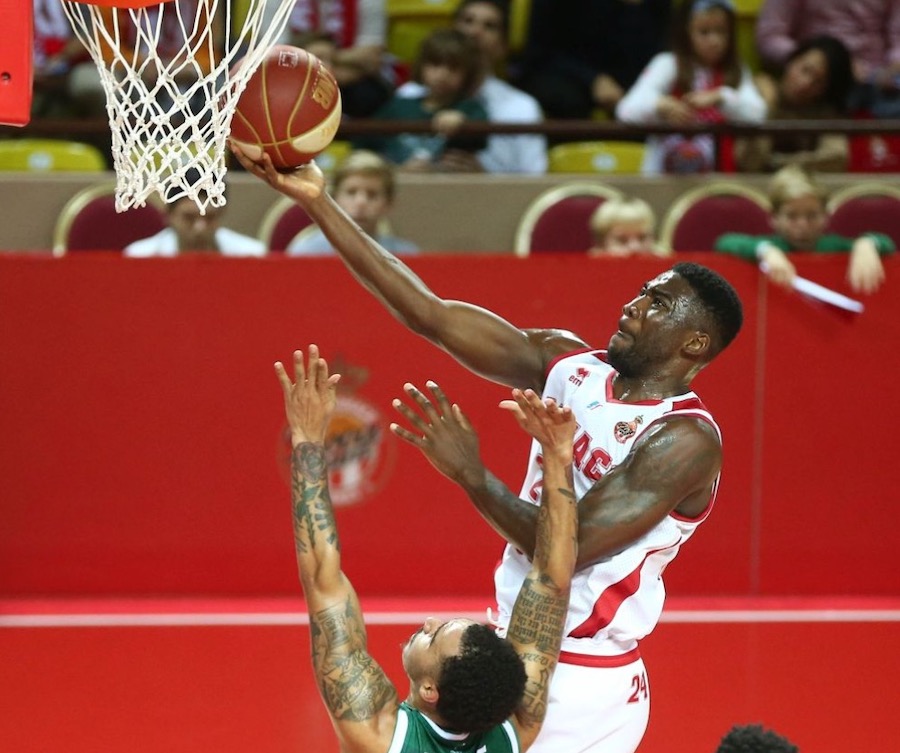 AS Monaco basketball is on a serious roll. The second ranked team won a crushing 101-75 victory against Elan Béarnais on Saturday night at the Palais des Sport in Pau.

The game started off with a bang as Kim Tillie nailed three three-pointers in a row, putting Roca team up 10-2 only four minutes into the game, forcing Pau to take a timeout to regroup. Rather than throwing them off their stride, the break seemed to pump Monaco up and Dee Bost, then Norris Cole, planted three-pointers.

Sasa Obradovic’s boys played aggressively, racking up eight faults in as many minutes, but they had a momentum that was virtually unstoppable. By the end of the first quarter, the score was a gobsmacking 38-6, and by halftime they had racked up more than 60 points putting them almost 30 points ahead of the struggling Pau.

The second half opening saw Tillie and Cole crushing the three-point shots, and the team kept a strong lead despite an attack by Elan Béarnais in the third quarter. By the end of the fourth quarter, they hit the century mark with a shot by Eric Buckner, only the second time this season they’ve done so, and sealed the deal.

With an amazing 21 points and eight assists by former two-time NBA Champion Norris Cole and another 17 by Kim Tillie, the Roca team had a night worth writing home about.

Already qualified for the Euro Cup Top 16, Roca team will play Wednesday night in Ulm and then back home to go up against Boulogne-Levallois at the weekend, whom they are tied with in the standings.