Roca Team with a fingertip on the Betclic Elite title 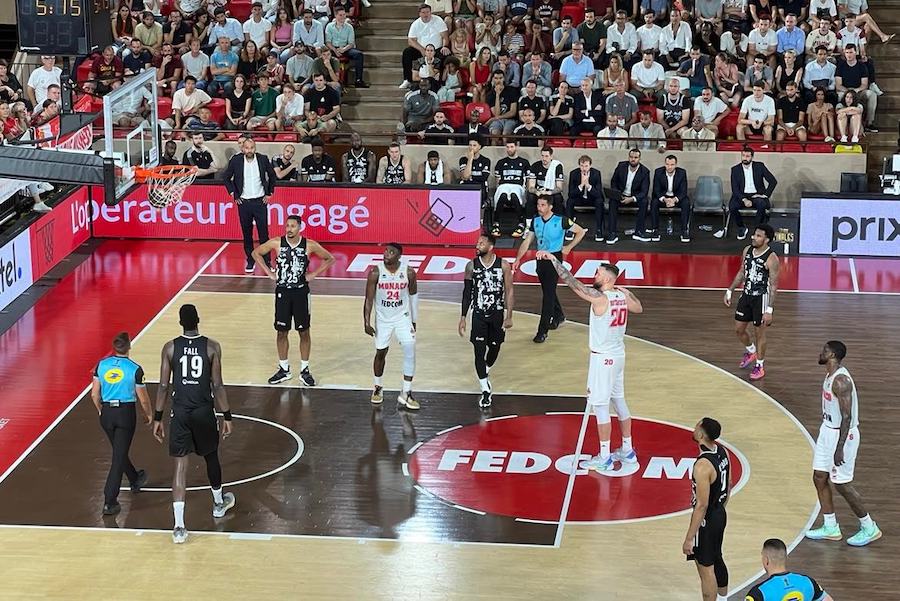 AS Monaco Basketball are within one win of exorcising the demons of 2019 and taking revenge on their Lyon-VIlleurbanne after a nick-and-tuck victory (83-80) at the Salle Gaston Médecin.

After two wildly oscillating one-sided affairs at the Astroballe, the teams were much more evenly matched at the first match in Monaco. For the first time there was a sense of tension and peril in every play, and that showed in the intensity with which each ball was contested.

After such a heavy defeat in the last match in Lyon (91-54), Monaco had to react to get their series back on track. “Everyone saw how badly we got beaten in game two. I think it was the largest margin in a finals game so we took that to heart,” said Dwayne Bacon post-match.

Sasa Obradovic didn’t get that reaction, however, from the beginning. The Roca Team were lacking in efficiency and creativity as they failed to penetrate Asvel’s key. “The beginning of the game was maybe affected by the previous one. We were too nervous. We missed too many shots under the basket that we should have scored,” said Obradovic.

But it was in the second-quarter where Monaco’s quality shone through. Relying on an aggressive and solid defensive base, the attackers began to flourish, especially outside the key, where the side’s far superior advantage (53% to 14%) was ultimately decisive.

According to Obradovic, that solidity allowed them to “express their quality”, and Bacon (19) certainly did that with a flurry of two pointers, whilst Paris Lee, who completed all four of his three-point attempts also contributed to an unreplied 12-point streak (37-27). Monaco had something to hold on to, but with two such evenly matched sides, that was no easy task.

Elie Okobo (25), who at points had the freedom of the court kept Asvel in the tie, whilst in Youssoupha Fall (16), Lyon had a player more than capable of countering the threat posed by Mike James (16) in particular. The American point-guard had a tough first-half, but became more influential as the minutes ticked away.

The game felt as though it was won when Donatas Motiejunas converted a three-pointer to give Monaco a six-point advantage (78-72) deep into the fourth-quarter. The hall erupted, but was soon quietened when Okobo converted a rare Lyon three-pointer to return within touching distance.

Despite a nervy finish that went all the way down to the last play, Monaco triumphed, and in doing so moved to within one victory of the Betclic Elite title.

“I think both teams played a very good level of basketball. First of all, I think this is a good promotion for basketball. You could see towards the end the full individual quality on both sides,” said Obradovic.

Bacon highlighted the importance of starting the fourth, and potentially final match at the Salle Gaston Médecin on Wednesday strongly. He told Monaco Life, “We’ve got to keep coming out and landing the first punch, because if they get the lead it can be a really bad game for us.”

According to the American, the key to doing that will be defending well. “Defences win games at the end of the day… it’s going to come down to who gets the most stops. We have to go in with that mindset in game 4 and make the most stops we can. If we get the most stops and the most rebounds, then we can win the game.”

Monaco may have a fingertip on the title, but they certainly don’t have a firm grasp, and they will have to reproduce, or even better Monday night’s performance if they want to prevent it from slipping away.

Check out Monaco Life’s Instagram page for videos of the game! 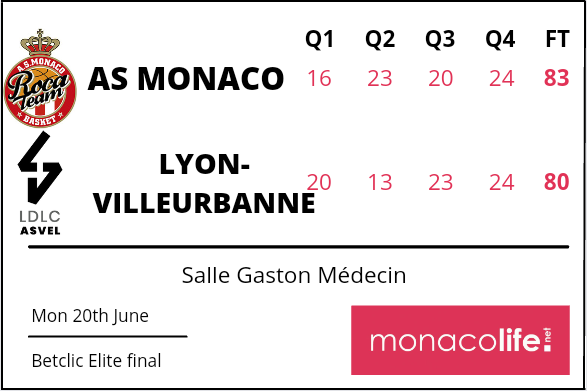 Local News Cassandra Tanti - September 7, 2020
The Prince Albert II of Monaco Foundation is calling for submissions for the 4th Ocean Tribute Award, an international recognition of outstanding initiatives dedicated to protecting the oceans.