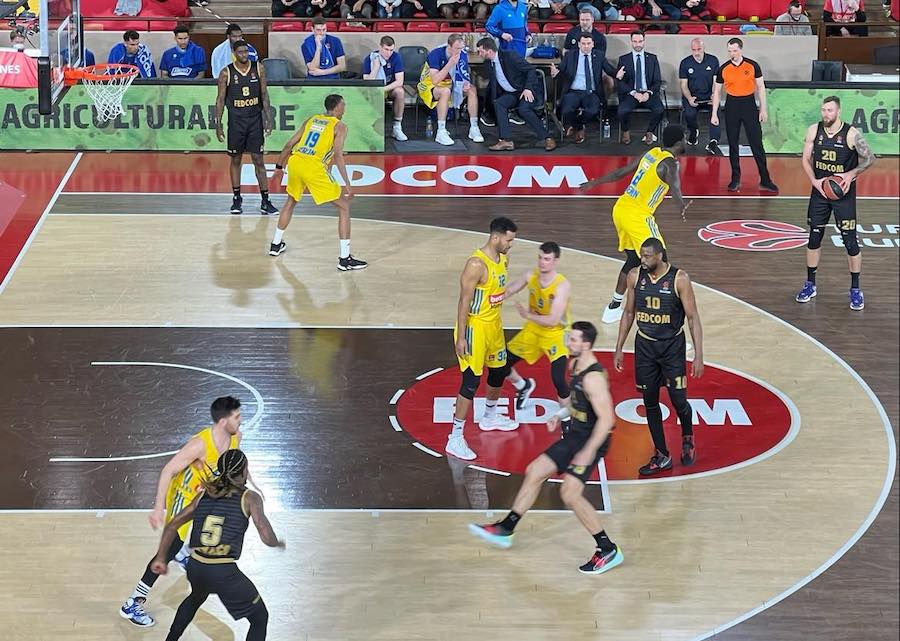 On a night in which basketball played second-fiddle amidst a carnival atmosphere in the stands, AS Monaco Basketball nonetheless did the job on-court, beating Alba Berlin 91-74 on Friday.

Leading the vast majority of the match, the victory rarely looked in doubt. The performance hit many of the same notes as recent weeks: periods of attacking fluidity were supplemented by a defensive fortitude, and game management from a maturing Roca Team kept tension to a minimum.

The match was rarely, if ever, in doubt. Alba Berlin came to the Principality with nothing to play for, their loss against Anadolu Efes the previous week had ended their hopes of a play-off position. They can therefore be forgiven for a lack of motivation, which often showed on court.

Amongst the 3,400 strong crowd at the Salle GAston Medecin was Prince Albert II, who saw the Roca Team race into an early lead that they never looked like conceding. THe home side took the ascendency towards the end of the first-quarter, and took that into the second, registering an 11-point run.

This was another match in which everyone contributed, and Sasa Obradovic referenced this post-match, stating, “Tonight we played as a team once again.” Nonetheless, there were a handful of stand-out performances, notably from Dwayne Bacon, whose poster dunk in the third-quarter got the crowd off their seats.

Berlin showed signs of a comeback towards the back of the third-quarter, but a Brock motum three-pointer and an impressive interception and two-pointer from Mike James put pay to that notion. The ease of the victory (91-74), meant that fans in attendance could sit comfortably and enjoy the spectacle on a night of celebration.

Prior to the match, Mike James was awarded on-court the MVP award in the Euroleague for the month of March. During that time, in which Monaco registered four victories for just one defeat, James averaged 19.8 points and 5.4 assists. A quintessential part of Monaco’s run to the play-offs he is only the seventh player to receive three monthly MVP awards, and the first to do so with three different teams.

He received the award from Monaco’s minister of State Pierre Dartout and AS Monaco Basketball’s President Alexey Fedorychev. Things could improve further for James, who will likely be touted by many as the season’s MVP, especially if they advance in their play-off against Olympiacos.

Real Madrid’s surprise defeat against Bayern Munich in their match on Friday night meant that Monaco will face Greek giants Olympiacos. THe first two legs of a potentially five-legged tie will take place in Greece on 19th and 22nd April.

Monaco will then welcome back their heroes to the Salle Gaston Medecin on 26th April, before another match on 28th April, if the tie has not already been settled. Monaco will fancy their chances. The in-form side, they also stunned the Greeks 92-72 in the Principality just a couple of weeks ago.

Bacon, Monaco’s top scorer last night (19), told Monaco Life that he isn’t expecting such an easy match-up when they next meet. “It’s definitely going to be hard. It won’t be the Same game as when we last played them. They’re going to be at home. Their fans, their stadium is legendary, it’s outstanding.”

His manager, Obradovic, added, “Olympiacos is a team with a lot of experience at this level in the play-offs and of course that counts for something.” Both were, however, remained defiant. Obradovic said, “it won’t be easy to beat us”, whilst the American Bacon added, “We’re ready for the challenge.”

Should they overcome the Greek challenge, they will then head into the “final four” in Belgrade, which takes place from May18th-May 20th. Potentially on the precipice of greatness, Obradovic is allowing his imagination to go wild with the possibilities, and reminded us that we all should too: “We have to allow ourselves to dream.” 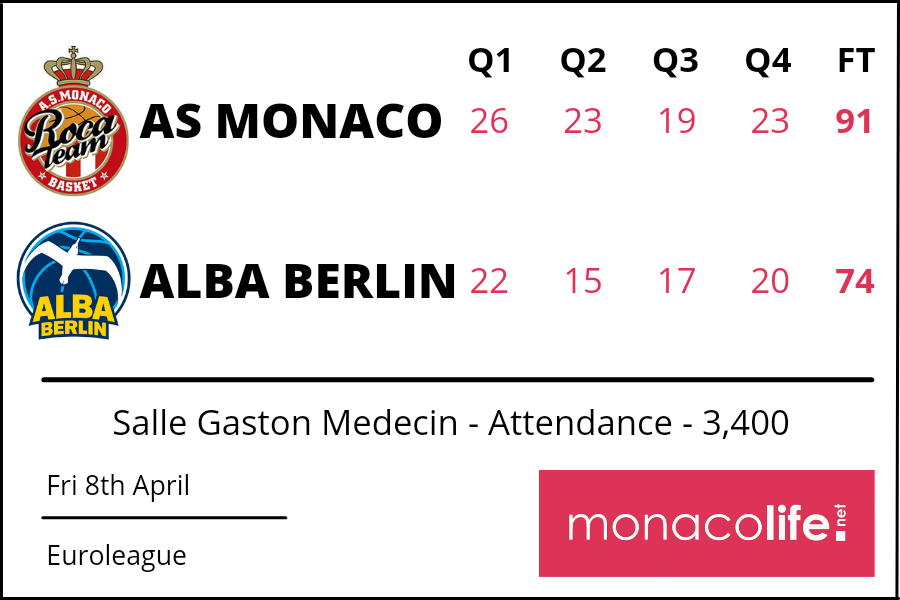