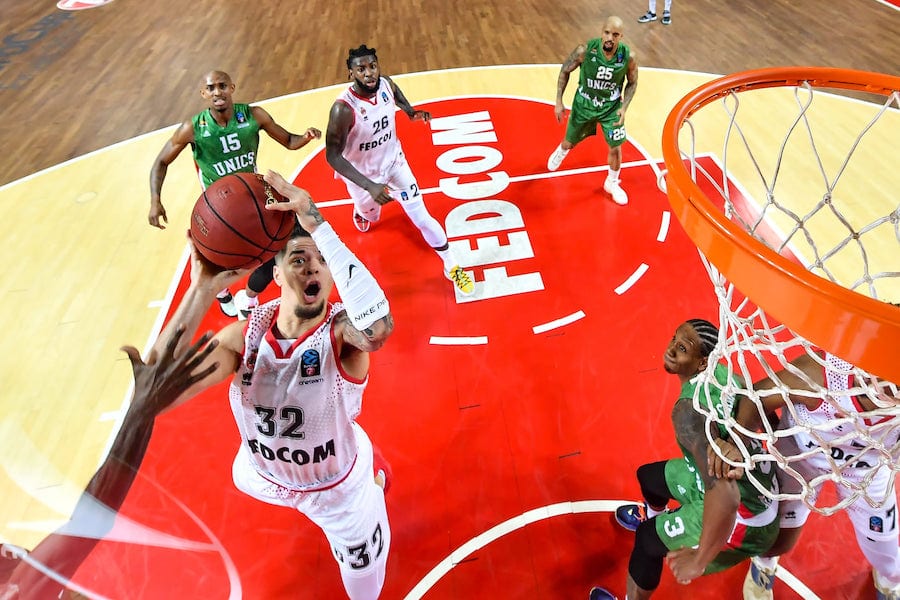 AS Monaco Basketball has taken the first of two games in the Euro Cup 7 finals with a slim 89 to 87 win over the Kazan Unics at home at Gaston Médecin.

The Roca team now have a one game lead over the Unics of Kazan after their hard-fought and hard-won victory on Tuesday night at home.

“We expected this kind of match, very physical,” said Coach Zvezdan Mitrovic. “Their coach had announced it, it happened. We lead 1-0. We are happy but nothing is done. In Kazan it will be a very good game to play.”

The game was a battle from the start. Monaco dominated the first three minutes of play, but by the sixth, the score had nearly evened up. It remained this way all the way through the first half of play and when the buzzer went off signalling halftime, it was the Russians who were in the lead by two with a score of 42 to 44.

The third quarter was a near-disaster for Monaco as they found themselves with a 10 point deficit in the 24thminute of play. This forced them to tighten up their defence, which proved effective, and less than five minutes later, the Roca boys had not only caught up, but took the lead.

The last quarter was a nail-biter as the two powerhouses played cat and mouse with each other, taking one point leads over the other throughout. With only 27 seconds on the clock, Monaco lead 88 to 87, but the Unics were far from giving up.

Jordan Theodore had possession of the ball, but a skilful move by Abdoulaye Ndoye thwarted the shot giving Rob Gray possession. His little one-pointer made it through the hoop, ending the game with an 89 to 87 score.

“In Kazan it will be a very good game to play,” said Coach Mitrovic about their upcoming game on the Russian’s home turf. “There will be tension and a room with an audience. It will be good. Both teams have spent a lot of energy on this game. Until the end, we stayed very focused on the defensive side. Yes, the players have gone to the end of themselves. But at this level, if you want to win trophies, you have to know how to go after yourself.”

Monaco made 29 shots out 58, with eight out of 20 in three-point range. They had 30 rebounds, with Marcos Knight having six one his own, 13 assists, six of which were attributed to Captain Dee Bost, six steals and eight stray balls and four blocks.

Rob Gray was high scorer on the night with 23 points to his name, Mathias Lessort scored 17 points, Bost had 16 and Knight came up with 14.

The Roca team go on the road now to Russia where they will face off against the Unics once more on 30thApril. If they win, they will be the Euro Cup 7 champs. If they lose, they go to a sudden death match to decide the victor.