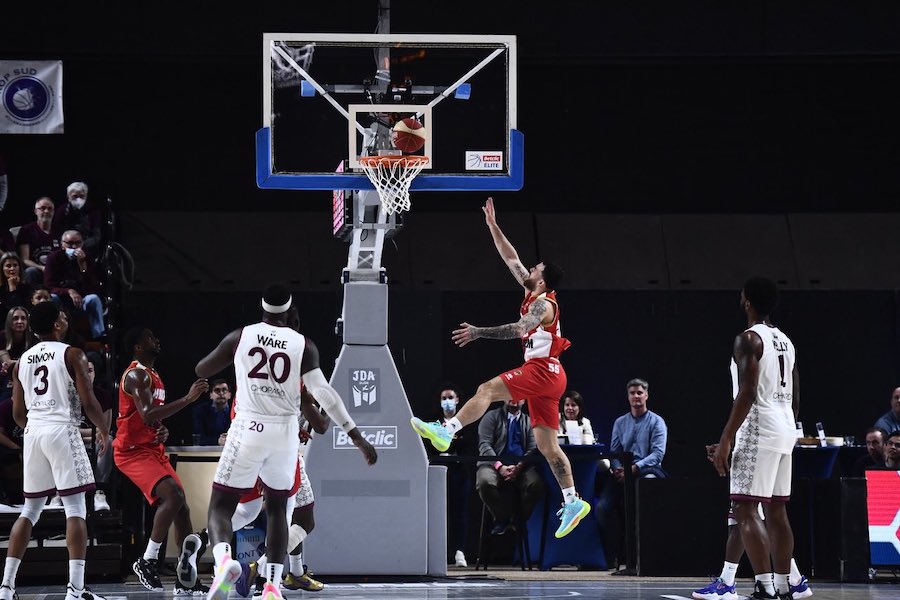 Dijon mustered a thrilling attacking display to shock an in-form AS Monaco Basketball (96-87) on Tuesday, boosting their play-off hopes, whilst Monaco remain in second in the Betclic Elite.

The rhythm of the match was quickly set as a buoyant home crowd spurred Dijon into an early lead, thanks in part to former Roca Team player Khadeen Carrington, who was lively in attack (17-9).

Mike James (17), Will Thomas (16) and Dwayne Bacon (14) all figured significantly, and allowed the Roca Team to keep touch with their opponents in the early stages. But despite an aggressive Monegasque defence, an efficient Dijon squad kept hitting the mark.

Carrington continued to be a thorn in Monaco’s side, and his 26 point contribution would be a decisive factor in ending Monaco’s streak of eight consecutive victories in the Betclic Elite.

David Holston was also prominent before half-time, as a late barrage saw the hosts head in 10 points to the good (50-40).

Having lost the opening two-quarters, the Roca Team did marginally decrease that deficit in the final two-quarters (22-23, 21-22), but an excellent display in game management from Dijon limited the damage.

The result does little harm to the Roca Team, who remain in second, now a victory behind Boulogne-Levallois. For Dijon, however, this was a large coup, and gives the seventh placed side hope of reaching the play-offs. With something to really play for, it was their superior motivation that proved the difference in an enjoyable game that, for once, didn’t go the Roca Team’s way.

Sasa Obradoivc’s men next welcome Pau to the Salle Gaston Medecin on Sunday, another side fighting to keep in the play-off spots. A win will be pivotal in order to give the side a boost before their crucial Euroleague play-off ties in Greece the following week. 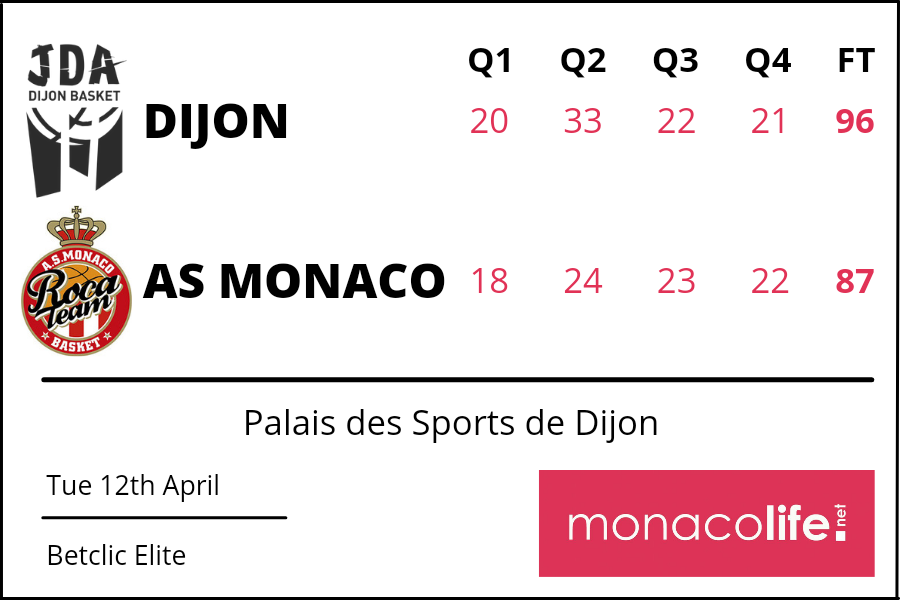