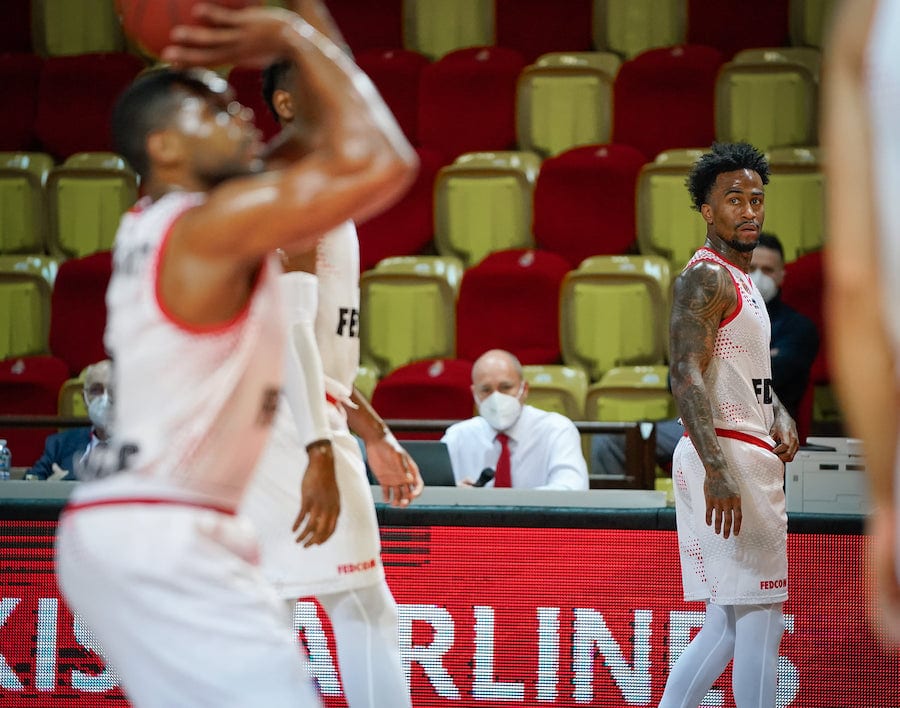 After the beating taken from Club Joventut Badalone last week, AS Monaco Basketball came back with a vengeance on Tuesday night, dominating their opponent with a 97-82 win at home at Salle Gaston Médecin.

When the Roca team faced off on 30th January against Spanish powerhouse team Badalone, their biggest competition in their group in the Euro Cup 7 standings, they were soundly defeated, pushing Monaco out of their Top 16 top spot.

On Tuesday night, they dramatically recaptured their number one standing, demolishing Badalone with a 97 to 82 win.

But it was hardly a foregone conclusion as the Joventut team started out strong, scoring 10 points to Monaco’s zero. This is when the Roca Boys kicked into gear and within minutes the score was evened up, 14 to 14, thanks to efforts made by JJ O’Brien, Marcos Knight and Rob Gray.

Suddenly, the court was all red and white, with the Roca Team pulling ahead, but not before a serious drive by the Spaniards finished the quarter with them taking a one point lead.

The back and forth went on until half time and saw the same one-point lead, only this time for Monaco, going into the break.

The third quarter saw Monaco step up their game, finishing with a strong 10-point lead. This lit a fire under Badalone who, in the final quarter, recovered some ground, almost evening up the score at one point.

Coach Zvezdan Mitrovic wisely called time out at this point, and the rest, as they say, is history. The Roca Team finished the match with a 15-point lead and a final score of 97 to 82.

“It was a really good game from us, a great result and above all I want to congratulate my players and everyone,” Coach Zvezdan said after the game. “There were a lot of points scored in this game and it was not bad defence. This experience will serve our young players in the future.”

Team Captain dee Bost added, “I was not well in the first leg, I was feeling a bit ashamed of the two points scored. I was obsessed with the idea of ​​catching up tonight. But we did the team work and I think the guys gave it their all. We are first and we want to remain so.”

Monaco next play a Jeep Elite match on 6th February away against Cholet. The game starts at 6:30pm.

(Monaco Life with AS Monaco Basketball press release, photo by AS Monaco basketball)