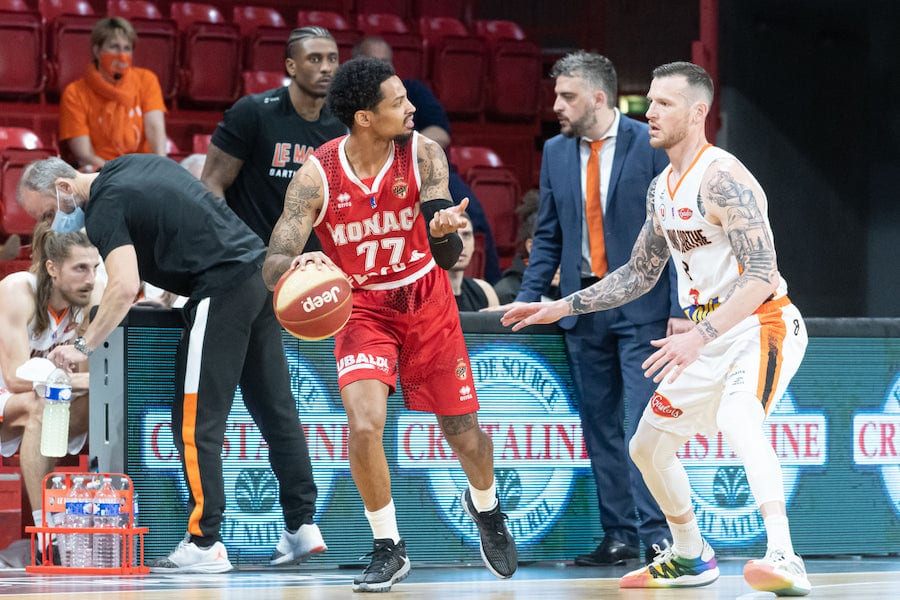 It was an eventful evening in Le Mans as Roca Team Coach Zvezdan Mitrovic was sent off before the end of the first quarter with two technical fouls in a row, giving the opponents a whopping five free throws in a row for his sins, but even this couldn’t stop AS Monaco from coming out on top.

AS Monaco Basketball took on the first of three away games in five days in Le Mans on Thursday night. They were without Mathias Lessort, who is still out with an ankle injury, but despite that, and the early loss of the head coach to temper tantrums, they still were able to seal the deal, winning 86 to 71.

The first quarter was a corker for the Roca boys. They were trailing miserably, and coach lost it not once, but twice, getting him sent off unceremoniously, giving the team from Le Mans five free throws.

But once settled in, Monaco came out swinging and clawed their way back up thanks in part to a tighter defence, two stolen balls and some pretty spectacular work by the team. By halftime, the score was an almost even 49 to 52.

After returning from the locker room, Captain Dee Bost, who was on fire, led the way and within minutes, ASM had the lead. This slipped away momentarily at the 30 minute mark but was quickly reversed and it was fairly smooth sailing from there.

“To concede 52 points at halftime, I don’t think that has happened to us this season, said Assistant Coach Mikro Ocokoljic. “We weren’t as aggressive as usual. We made a lot of mistakes and Le Mans put in a lot of away shots. The good thing is that we were able to come back. Of course, we had the advantage of having more rotations tonight and we managed to put the pressure on them. In the second half, Le Mans scored only 19 points, the face of the meeting was not the same.”

Monaco made 35 shots out of 69, going 12 for 30 in three-point range. They had 27 rebounds, recovered seven stray balls, had 15 assists and an equal number of steals.

Dee Bost was undisputed king of the night with 24 point to his credit, Marcos Knight was no slouch with 18 and Brenden Frazier and Rob Gray both racked up 11 each.

Monaco are still safely in the top of the Jeep Elite standings, but they will go up against Limoges on Saturday night who will no doubt be determined to win after losing to second seeded Limoges Thursday.