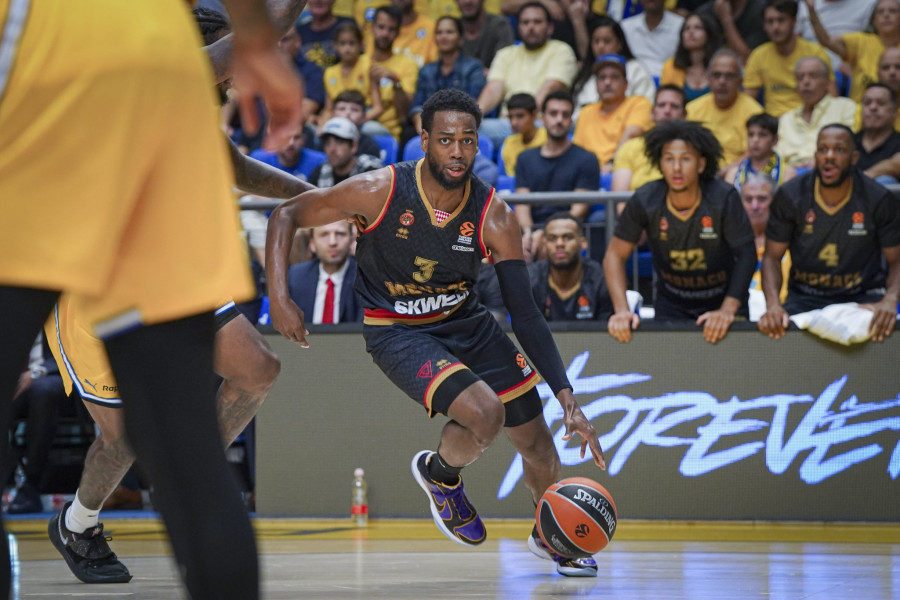 AS Monaco Basketball collapsed spectacularly in the fourth quarter of their Euroleague tie against Tel-Aviv on Tuesday to succumb to their first defeat of the season (78-70).

It had looked like smooth sailing for the Roca Team. Sasa Obradovic’s men have appeared imperious since the beginning of the season, marching to the top of the Betclic Elite and Euroleague tables. The stars looked aligned for another victory during the first half and all the elements were there; Jordan Loyd (21) was firing, Mike James (15) was chipping in with points, but more importantly, constructing the play, and the defence was aggressive and resilient.

When Élie Okobo’s three-pointer on the buzzer during a possession towards the end of the third quarter buzzer hit the hoop, handing Monaco a significant 13-point lead (59-46), few would have predicted what would follow.

Maccabi shot 15 unreplied points to give the Israeli side the lead (61-59), and completely switch the momentum of a game that looked to be drifting towards an entirely different conclusion. The barrage wasn’t over, and whilst the Roca Team managed to rediscover their offensive flow to an extent, they couldn’t stop the scoreboard ticking at the other end.

From seven points down heading into the final quarter, Maccabi strolled away with an eight-point victory (78-70), ending Monaco’s seven-game winning streak, and teaching the Principality side a valuable lesson.

“We lost our unity,” said Loyd. “We lost our intensity in defence and committed lots of small errors, which reminds us that we must maintain our level over the 40 minutes. We’re going to bounce back.”

Monaco’s second-half collapse branded the loss as “unacceptable,” given the game state at half-time, but believes that his side’s recent travels are a potential mitigating factor.

“It isn’t easy to explain our second half,” said Obradovic. “Losing against Maccabi is nothing dreadful, but to dominate in this way in the first half and then completely change our performance in the second, to no longer have any organisation or an attacking plan, isn’t acceptable. We can speak about our match at Roland-Garros against Paris two days ago or our long 14-hour flight here. That can contribute to certain things. But that doesn’t exempt you from putting in an adequate performance.”

The Roca Team will have to quickly put this defeat behind them as they now face another difficult trip to face Panathinaikos in Greece on Friday, before hosting Bourg-en-Bresse at the Salle Gaston Médecin on Sunday. 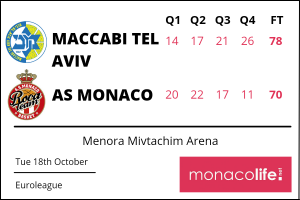